Half of Mexico’s thirty-two states have been cleared by the federal government to fully reopen for business and social activities, a remarkable change from early February, when only four states were given the green light under the nation’s four-tiered pandemic traffic light monitoring system.

Citing a significant drop in the number of COVID-19 cases, the government has designated the remaining states, including the state of Mexico, in yellow status, one level below green status. Mexico City’s government also designated the capital in yellow status. Yellow-status areas are directed to limit on-site business and social capacity to 75 percent of normal capacity, among other recommended measures to prevent the transmission of COVID-19.

The monitoring system, which is updated every other week, was implemented in June 2020, and is used to alert residents to the epidemiological risks of COVID-19 and provide guidance on restrictions on certain activities in each of the country’s states. Below is a map for the period of February 21, 2022, through March 6, 2022, indicating the COVID-19 risk level in each of the states and the capital. 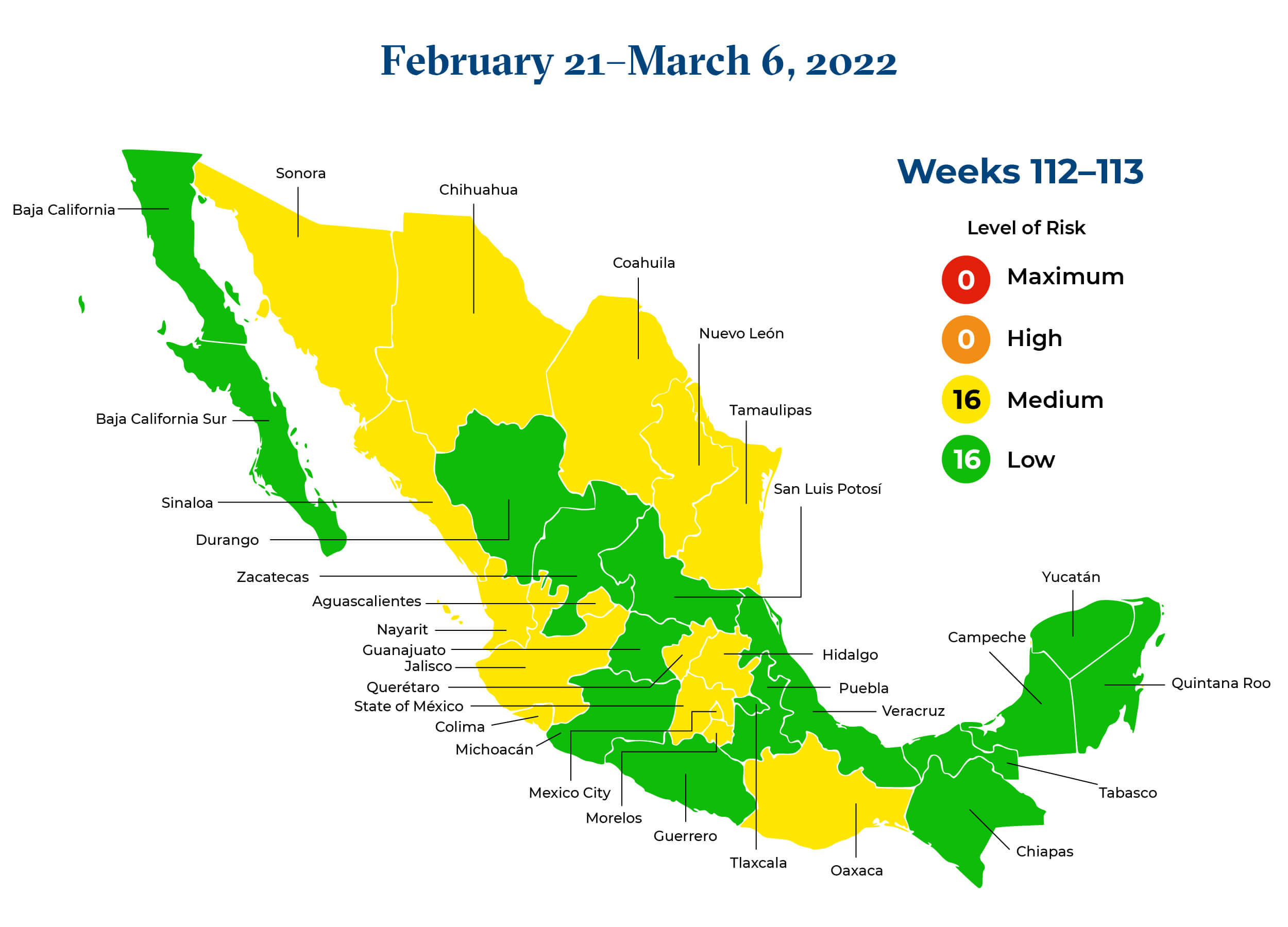 This chart presents the traffic light status of each state, and, as applicable, variations between federal and local traffic light statuses based on publications of the federal Ministry of Health and status reports provided by each state. Some states have developed their own traffic light monitoring systems and may assign different traffic light statuses statewide or in local areas. Puebla, for example, is designated in green status by the federal government, but the state government has assigned yellow status to five of its six regions, with the sixth, encompassing the capital city of Puebla—home to about 3,250,000 people—in orange status, or high risk. High-risk areas take measures such as limiting indoor establishments to half their usual capacity. Colima, a yellow-status state according to the federal government, has determined that it is in orange status statewide.

Vaccinations have been rolled out nationally in five stages, with vaccines first available in December 2020. The vaccinations are currently underway in the fifth and final stage, and about 64 percent of this group has been vaccinated, according to the federal Health Ministry. The Health Ministry has also reported that 82 percent of education personnel—separated into their own stage—has been vaccinated.