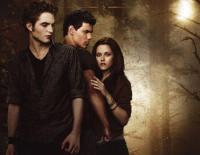 Out for Blood (or Money)?

The recent success of the Twilight books and movies has definitely sparked worldwide interest in vampires.  I am only slightly embarrassed to admit that I am on Team Edward, along with my 10-year-old niece.

With Twilight’s popularity, it didn’t take long for other vampire-based books, television shows and movies to pop up along with some interesting copyright infringement claims and conversations.

Last year, the author of the Twilight series, Stephenie Meyer was sued for copyright infringement over her final novel in the series, Breaking Dawn, by Jordan Scott, author of The Nocturne, a novel written in 2006.  Ms. Scott claimed striking similarities in some specific story lines.  However, the lawsuit was dismissed with prejudice a few months later.

There was also the rumor that Ms. Meyer’s former college roommate was claiming copyright infringement based upon a short story she had written in college during the time they were roommates.

Last fall, the CW premiered a new series titled The Vampire Diaries with a similar storyline, described as a forlorn high school girl and a mysterious new boy, which had Twilight fans raising questions of copyright infringement.  Interestingly, it turns out the series is based upon a series of books written by L.J. Smith long before the Twilight books existed.

Finally, blogs have commented on the similarities between the Twilight books and the Vampire Chronicles written by Anne Rice from 1976-2002.

So, who is infringing, if anyone? Each of these vampire stories shares a common theme or idea – a young, human girl falls in love with a vampire – but is this copyright infringement?  Unlikely.  Copyright protects original works of authorship.  However, copyright protection does not cover the underlying idea, but only the specific expression of that idea.  Proving copyright infringement requires a substantial similarity between the works (i.e., the words used to express the idea in the case of a book).

Thus, the idea of a young human girl falling in love with a vampire is not protectable and, in fact, the story line has been around for a long time.

The Vampyre, a short story written in 1816, is credited with being "the first story successfully to fuse the disparate elements of vampirism into a coherent literary genre."  Vampyre includes the story of a young girl seduced by a vampire.   The more well known book, Dracula, was written Brom Stoker in 1897 and also included a love interest, Mina.

Last but not least, according to Sharon, credit must be paid to Buffy, an icon.  If you have a few minutes, check out Buffy versus Edward on YouTube.

This article is reposted from Winthrop & Weinstine's Duets Blog - located at:  www.duetsblog.com

Karen joined Winthrop & Weinstine, P.A., in the Intellectual Property practice area in 2007. Prior to pursuing her law degree, Karen was a litigation paralegal in Colorado, Oregon and Minnesota. Karen brings a wealth of knowledge to her field, drawing from her experiences as a paralegal and her activities while in law school.