Burkhard Wiggerich (“Wiggerich”), a German citizen residing in Arnsberg, Germany, commenced a patent infringement action against a Kansas limited liability Company, Blue-Chip Unmanned Aerial Solutions, LLC (“Blue-Chip”), on November 30, 2015 in the Northern District of Georgia.  The complaint asserts infringement of United States Patent Number 8,238,128 (the ‘128 Patent), which Wiggerich claims to have invented and own, and relates to unmanned aerial vehicles.

Wiggerich asserts personal jurisdiction over Blue-Chip in part due to Defendant’s placement of “infringing devices into the stream of commerce” – a legal concept which potentially takes on new meaning with unmanned aerial vehicles.

Blue-Chip’s founders are promoted on its website as being military veterans who specialized in unmanned aerial vehicles (UAVs) and UAV operations.  The website declares “they were instrumental in successfully integrating UAS operations and training into high level DoD and DHS exercises both at home and abroad.” 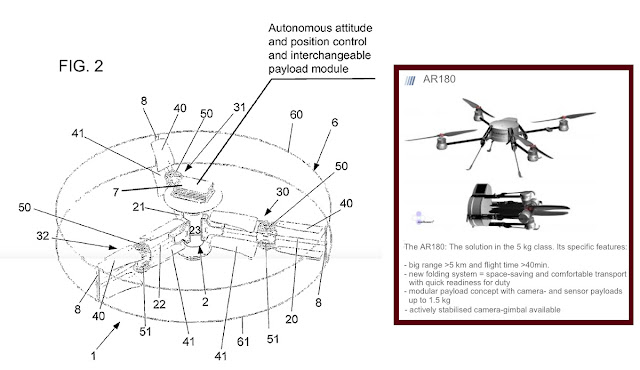 The complaint asserts that Blue-Chip is liable for direct infringement of ‘128 patent , as well as for contributory and induced infringement.  The complaint alleges that the infringement has been and continues to be “willful, deliberate and intentional,” and that Wiggerich has suffered direct and proximate monetary damages.  Wiggerich prays for an injunction, an award of damages, a finding that the case is exceptional, an award trebling the damages because of the willful and intentional infringement, and reasonable attorney fees.

(Near) Half-Year Review and Update: Trademark Modernization Act’s Revival of ‘Irreparable Harm’ Presumption
By
Andrew F. Halaby
Not So Sweet: Indicia of Nonobviousness Could Not Save Claims Directed to Sweetened Beverage Brewing Devices
By
Zan Newkirk
Subscription to RSS Feed Doesn’t Trigger Implied-License Defense
By
Jackie L. Toney
Corellium’s Bite of Apple’s iOS for Security Research Is Fair Use but DMCA Claims Loom
By
Margaret A. Esquenet
Advertisement