Plaintiffs allege that “TPI began using its first TRADER mark, the AUTO TRADER mark, at least as early as 1974 to provide classified advertising services related to automotive vehicles,” and that “[o]ver the years, TPI expanded use of its TRADER Marks through multiple publications, and ultimately multiple websites, offering classified advertising in a wide variety of areas.”

According to the complaint, “well after TPI had established strong and protectable rights in its TRADER Marks,” Defendants began using the mark TRADERNET and other marks incorporating the term TRADER.  Examples of marks recited in the complaint include AUTO TRADERNET, TRADER INTERACTIVE, BOAT TRADERNET, and CYCLE TRADER.  Additionally, Defendants allegedly registered infringing domain names, including 25 domain names listed in the complaint, such as autotradernet.com, cycletradernet.com, and classiccartradernet.com, a couple of uses of which are illustrated below.

Plaintiffs allege that in addition to having the constructive knowledge of TPI’s trademark rights provided by TPI’s registrations, Defendants have had actual knowledge of those rights “because of TPI’s longstanding and extensive use of its marks and because of Defendant TraderNet’s history of involvement in the automotive online classified advertising industry, including [its] transaction of certain business with Plaintiff AutoTrader.” 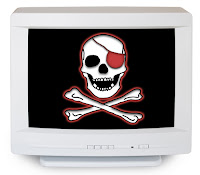 The complaint recites counts for federal trademark and service mark infringement, violation of the Anticybersquatting Consumer Protection Act, federal unfair competition, unfair and deceptive trade practices under O.C.G.A. §§ 10-1-370 to -375, and common law trademark infringement and unfair competition.  In addition to requesting the monetary relief available under the Lanham Act for trademark infringement, federal unfair competition, and cyberpiracy, as well as that available under its state law claims, the complaint requests injunctive relief, including an order that “Defendants and the registrar(s) of the Infringing Domain Names . . . transfer and assign to TPI or its designee each of the Infringing Domain Names.”

[1] “‘The name ‘John Doe’ is, and for some centuries has been, used in legal proceedings as a fictitious name to designate a party until his real name can be ascertained.’”  Milburn v. Nationwide Ins. Co., 228 Ga.App. 398, 400, 491 S.E.2d 848, 851 (1997) (quoting Black’s Law Dictionary 750 (5th ed. 1979)).  Fictitious party practice has been permitted in federal court when the plaintiff has been “able to describe an individual without stating his or her name precisely.”  White v. City of Atlanta, No. 1:07-cv-1739-WSD, 2007 WL 4553520, at *4 (N.D. Ga. Dec. 19, 2007).  “A plaintiff may use a fictitious name such as ‘John Doe’ to denote a defendant where the defendant's identity may be uncovered through discovery.  However, where a plaintiff fails to discover the identity of John Doe defendants despite adequate time to do so, claims against such defendants should be dismissed.” McKnight v. McDuffie, No. CV405-183, 2007 WL 1087280, at *4 (S.D. Ga. Apr. 9, 2007) (citation omitted). Plaintiffs here allege: “Defendants John Does 1 through 10 are persons affiliated with the named Defendants in owning and operating the Infringing Domain Names and/or Infringing Websites, but whose names are unknown at the present time because Defendants have used privacy services and other devices to shield and mask their true identities.” (Complaint ¶ 10).