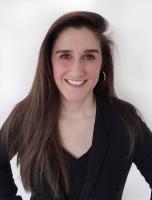 What are Consumers Claiming in Juul Lawsuits?

Within the past decade, regular tobacco users have turned to electronic cigarettes in an effort to wean off of traditional cigarettes, believing them to be a safer option for human health. E-cigarettes, also known as nicotine vaporizers, vaporizer cigarettes, or simply vape pens, have grown in popularity over the past several years, partially driven by the debut of Juul’s e-cig devices in 2015. Now, Juul Labs is a leading manufacturer of e-cigarette devices and e-liquid flavors nationwide. Despite its growing popularity, especially among teens and young adults, Juul has been at the center of several consumer legal battles, most of which allege that Juul’s e-cig devices are extremely detrimental to users’ health. Several suits have been filed by parents or guardians on behalf of teenage children.

Several consumers have accused Juul Labs of deliberately marketing its products to appeal to the younger generation. A lawsuit recently filed by the father of a Carmel, Indiana teen in the U.S. District Court in Indianapolis alleged that his son was enticed by the rainbow colors and fruity flavors of Juul’s e-cigarette products, which contained excessive levels of nicotine. The teen later developed an intense nicotine addiction and fears that his addiction may lead to health problems throughout his life.

Other suits have similarly claimed that Juul specifically targets underage markets with its presence on several social media platforms and use of online influencers to attract teen users.

This is not the first attack against Juul’s advertising practices. Stanford University researchers evaluated Juul’s marketing campaigns over its first three years on the market, and the resulting impact on teens and young adults, in a January 2019 study.

By analyzing Juul’s website, social media platforms, hashtags, and customer campaign emails, the researchers concluded that, “Juul’s advertising imagery in its first [six] months on the market was patently youth oriented.” Though Juul representatives have repeatedly denied that the company intentionally targets a younger generation in its marketing, the study revealed how Juul, “continued to engage in advertising either targeted to youth...or by placing its promotional material preferentially in youth consumed media channels…”

Juul lawsuits have also been filed in response to defective vape batteries and device explosions. Juul’s e-cigarette products are operated by lithium-ion batteries, which can allegedly overheat and explode. In several instances, vape explosions have damaged users’ mouths, hands, and other body parts, causing burns, broken jaws, and even deaths. Treacy Gangi, for example, filed a lawsuit in November 2017 on behalf of her husband who was killed by an exploding e-cigarette, similar to a Juul device.

Another lawsuit recently filed by an Ohio mother on behalf of her two teen daughters claimed that Juul failed to warn its customers of the high levels of nicotine in its devices. The complaint stated that the two twin daughters, who are now 16 years old, began vaping in 2016 and initially purchased the devices in a store that “knowingly sold e-cigarettes to underage customers.” The teens quickly became addicted to their e-cigarettes and were eventually vaping two Juul pods a day. According to the lawsuit, one Juul pod contains the same amount of nicotine as two packs of cigarettes.

Similar lawsuits have claimed that in addition to containing excessive levels of nicotine, Juul products are advertised as being a healthier alternative to traditional cigarettes. Recent cases, however, have shown that vaping Juul e-cigarettes is linked to a number of health conditions, including heart disease, lung damage, and seizures. The Centers for Disease Control and Prevention (CDC) is inspecting the recent hospitalizations of more than 149 individuals whose health problems are linked to vaping. The patients, who are predominantly teens and young adults, reportedly developed severe lung illnesses that have been associated with vaping.

According to recent cases, vaping also puts users at risk of experiencing seizures, which is a known symptom of nicotine poisoning. The FDA has received about 127 reports of seizures linked to vaping since 2010, and issued a warning about the potential correlation between vaping and seizures (convulsions) in April 2019.

Amid a lack of research and information on the health risks of using e-cigarettes, an Illinois patient was reportedly the first to die of a lung illness that was associated with vaping. Health experts say that more research needs to be done in order to understand the health implications of vaping, before other users face a similar fate.

Katy Moncivais holds a Ph.D. in Biomedical Engineering from The University of Texas at Austin. She’s an experienced Regenerative Medicine Consultant with a demonstrated history of working in the hospital & healthcare industry. Skilled in adult stem cells, medical devices, biomechanics, bacterial and mammalian cell culture, and regenerative medicine, she provides guidance on an array of topics affecting consumers. She gives presentations and has been published on a...