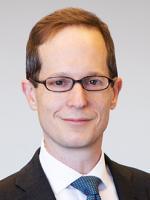 Former US Attorney Benjamin Glassman helps clients with some of their most difficult and sensitive problems -- whether by providing strategic advice, leading internal investigations or representing them at trial or on appeal. He divides his time between the Cincinnati and Columbus offices.

Ben served as the US Attorney for the Southern District of Ohio from 2016 to 2019, working in both Democratic and Republican administrations. As the chief federal law enforcement official for the more than 5 million residents of Ohio’s southern 48 counties, he oversaw the work of approximately 65 civil, criminal and appellate Assistant US Attorneys, addressing the full spectrum of matters concerning the US. Under his leadership, the office pursued cases of national and international significance involving economic espionage and national security, the Foreign Corrupt Practices Act, financial fraud, antitrust, public corruption, hate crimes, controlled substances, the False Claims Act, the Fair Housing Act and the Americans with Disabilities Act. As US Attorney, Ben worked closely with state and federal officials around the country and throughout Ohio.

During his tenure as US Attorney, Ben served on the Terrorism and National Security Subcommittee of the Attorney General's Advisory Committee and was a member of the Heroin & Opioids, Healthcare Fraud, Domestic Terrorism, and MS-13 working groups within the Department of Justice. He was also a member of the interagency Domestic Terrorism Executive Committee and the Ohio High Intensity Drug Trafficking Area executive board, which he chaired in 2019. Prior to becoming US Attorney, Ben served as the Sixth Circuit representative on the Appellate Chiefs Working Group.

A first chair trial lawyer, Ben has significant experience in all aspects of advocacy at the federal trial and appellate levels. He has argued more than 100 federal appeals, including two en banc arguments, and has tried multiple cases to jury verdict. Ben was a federal prosecutor for more than a decade before becoming US Attorney, serving as the First Assistant, Appellate Chief, Acting Criminal Chief, Professional Responsibility Officer, and Prevention and Reentry Coordinator, among other roles.