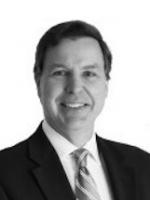 C. Forbes Sargent III is chair of the firm’s Business Law Department. His practice includes general representation of emerging and established businesses in all areas, including business formation, bank and venture capital financing, mergers and acquisitions, joint ventures, and sales and distribution contracts. He represents clients in shareholder issues, including buy-sell agreements and shareholder disputes, with an emphasis on closely held businesses.

With a clientele that includes a number of technology companies, Forbes practices extensively in the intellectual property area, including copyrights, trademarks, Internet law, advertising law, and technology issues including software licensing. He also represents a number of product developers and manufacturers, including those in the food product industry.

Forbes serves on the Governing Board of Lexwork Americas, a strategic alliance of over twenty mid-sized law firms throughout the United States, Canada, and Central and South America. Lexwork Americas is affiliated with Lexwork International, with law firms in over 36 countries worldwide.

Colleagues describe Forbes as sincere and genuine in his commitment to his family and to charitable activities, particularly for The American Cancer Society. He spends much of his free time volunteering in his town, Milton, MA.