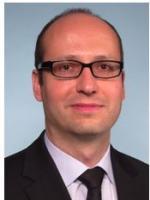 Casey Servais is a senior associate in the Financial Restructuring Group. His practice is concentrated in the areas of bankruptcy litigation, distressed municipal finance, and financial restructuring.

In recent years, Casey has represented the single largest creditor of the Commonwealth of Puerto Rico and its public corporations in restructuring proceedings under the Puerto Rico Oversight, Management, and Economic Stability Act (“PROMESA”). Casey was involved in the drafting of PROMESA and in the negotiations leading up to the filing of formal insolvency proceedings. Casey has since been involved in the PROMESA proceedings of the Commonwealth of Puerto Rico itself, the Puerto Rico Sales Tax Financing Corporation (“COFINA”), the Puerto Rico Highways and Transportation Authority (“HTA”), and the Puerto Rico Electric Power Authority (“PREPA”), among other entities. In the course of these cases, Casey has taken a lead role in numerous adversary proceedings and appeals involving novel bankruptcy and constitutional issues, including drafting appellate briefs filed in the U.S. Court of Appeals for the First Circuit. Most recently, Casey helped to negotiate and draft a Plan Support Agreement and Plan of Adjustment for COFINA, leading to the first successful restructuring of a Puerto Rico government entity under PROMESA.

Casey has also represented creditors in many of the major Chapter 11 cases of recent years, including serving as the principal associate during Cadwalader’s representation of the largest single creditor in the reorganization of Residential Capital, which was described by Judge Martin Glenn as “[t]he most legally and factually complex” case he ever presided over. Cadwalader was shortlisted for the 2013 IFLR Americas “Restructuring Deal of the Year” award for ResCap. Casey has also represented a major monoline insurer in the voluntary and involuntary Chapter 11 cases of the Zohar entities as well as major trade creditors in the bankruptcies of Radioshack Corporation and Transmar Commodity Group Ltd. Casey is also experienced at representing counterparties to swaps and other derivatives contracts, including in the bankruptcies of Peabody Energy, Alpha Natural Resources, Longview Power, and Cengage Learning. Major debtor representations include the restructuring of Amsterdam House Continuing Care Retirement Community, Inc.

Casey frequently provides bankruptcy-related advice and opinions to banks and other institutional clients, particularly with respect to close-out and netting of derivatives contracts and Bankruptcy Code safe harbors. Casey has a particular expertise in the analysis of close-out netting with respect to municipal counterparties.

Casey graduated with honors from the University of Chicago and holds a Ph.D. from Cornell University. He received his J.D. from Yeshiva University’s Benjamin N. Cardozo School of Law, where he was the Floersheimer Law and Humanities Institute Fellow, a member of the Cardozo Law Review, and the Senior Editor of the Law & Literature journal. He is admitted to practice in the State of New York.