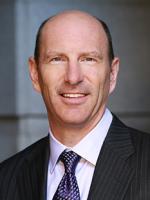 Dave frequently calls on his engineering background in defense of his clients. He easily grasps complex processes in manufacturing, design and operational exposures, which gives him the ability to explain arcane technical concepts to juries in laymen’s terms. He deposes expert witnesses in their own language, thus, exposing questionable opinion “evidence.” In highly complex litigation, his technical background is an asset both unexpected and effective.

Dave regularly coordinates the nationwide defense of manufacturers in product liability actions. As many of these actions involve non-US companies, he often argues jurisdictional issues in an effort to keep his clients out of US courts.

Most of Dave’s coverage actions include a bad faith component, in which his clients are exposed to extra-contractual liability. His cases often involve broad portfolios of claims, requiring him to create consistent nationwide strategies to minimize clients’ overall risk exposure.

He has litigated a wide variety of coverage cases, including contamination caused by the release of hydrocarbons, PCBs, solvents, sewage, lead, arsenic and other toxic metals and mass tort claims involving bodily injuries allegedly resulting from exposure to asbestos, lead, tobacco, EMF, pesticides and other toxic chemicals/products.

Articles in the National Law Review database by David Godwin