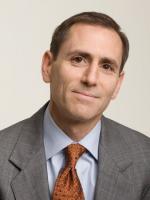 David has worked on pro bono matters large and small, representing individuals and nonprofit organizations. For the last several years, he has been part of a team of Ballard lawyers seeking to overturn the murder conviction and death sentence of an inmate on Pennsylvania's death row.

Recipient, The Legal Intelligencer and Pennsylvania Law Weekly's "Lawyers on the Fast Track" award, given to select young Pennsylvania lawyers whose achievements have distinguished them among their peers

Honoree for work in support of the mission of People's Emergency Center (PEC), provider of emergency shelter, transitional housing, and social services to homeless women and their children, 1997

Court Affirmed An Order Modifying A Trust Where The Complaining Beneficiaries Were Not Affected By The Modification, Where The Modification Was Not Contrary To The Purpose Of The Trust, And Where The Beneficiaries Waived Their Right To A Jury Trial
By
Winstead
Dynamex is Retroactive Says the California Supreme Court – The Independent Contractor Law Now Looks Back and Forward (US)
By
Squire Patton Boggs (US) LLP
Court Holds That Bank Did Not Owe Fiduciary Duties To Depositor/Customer
By
Winstead
ENOUGH ALREADY: Court Issues Injunction Preventing Harrassing Robocalls– Deems Defendants’ Promises to Stop “Unconvincing”
By
Squire Patton Boggs (US) LLP
Illumina v. Ariosa – Ariosa Petitions for Cert.
By
Schwegman, Lundberg & Woessner, P.A.
THE CLOCK IS TICKING: Huge TCPA Appeal to Sixth Circuit May Result in Biggest Decision of All Time– Here’s How YOU Can Help
By
Squire Patton Boggs (US) LLP
Uber and Lyft Drivers Hurt in Rideshare Accidents
By
Console and Associates, P.C.
Pennsylvania Medical Marijuana User May Proceed With Disability Discrimination And Retaliation Claims
By
Jackson Lewis P.C.
Pilgrim’s Pride Settles Poultry Price-Fixing Charges
By
MoginRubin
Proposals to amend working time protections denied – “public unconvinced” shock (UK)
By
Squire Patton Boggs (US) LLP