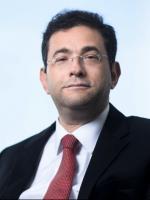 Elisha served for over 11 years in the Department of Justice as an Assistant United States Attorney in the Southern District of New York. In that position, he tried numerous federal jury trials, winning and securing convictions in each of those cases, and briefed and argued multiple appeals before the Second Circuit of the United States Court of Appeals.

Before joining the Department of Justice, Elisha practiced as an associate in the New York office of an international law firm. He also previously served as an Assistant District Attorney in Kings County, New York.