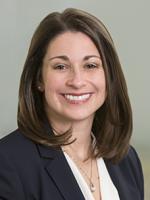 Ericka Johnson is an associate in the Government Investigations & White Collar Practice. She represents companies and executives in, among other things, Foreign Corrupt Practices Act (FCPA) internal investigations, enforcement actions, defense matters and compliance before the US Department of Justice and similar authorities. She assists multinational companies in developing and implementing effective anticorruption compliance policies and strategies for domestic and international operations. As part of her compliance practice, Ericka also advises companies on cybersecurity risks, internal compliance measures and incident response protocols.

Prior to joining private practice, Ericka served for six years as Judge Advocate in the US Marine Corps (USMC), where she specialized in complex litigation and providing domestic and international compliance advice to General Officers. She continues to serve as reserve general counsel to commanding officers in the Washington DC area.

While on active duty, Ericka was responsible for all facets of investigating and defending Marines accused of misdemeanor and felony violations of the Uniform Code of Military Justice. She represented clients accused of crimes in Jordan, Guantanamo Bay, Spain, Afghanistan, Japan, the Philippines and North America. She litigated nine jury trials to full acquittals, including five major felony cases, over 40 administrative hearings, and defended clients in over 15 sentencing hearings. She conducted hundreds of witness interviews, prepared clients and witnesses for live testimony, pursued discovery, and engaged in motions practice to challenge and limit the evidence used against her clients.

While serving in Afghanistan, Ericka authored the US and NATO “Use of Force” compliance policies and designed and implemented region-wide training programs for hundreds of NATO and US service members. As the primary legal advisor to NATO and US combat commands, she advised General Officers on the legal ramifications and international/domestic legalities and policies for the planning and execution of more than 980 NATO and US-led operations.

Ericka served as the Ethics Advisor for the Commanding General of the South Pacific, where she advised on Japanese-American agreements and federal regulations for the Department of Defense throughout the South Pacific, related to gifts, travel, meals, entertainment, conflicts of interest and the use of government resources.

Articles in the National Law Review database by Ericka A. Johnson

The Inflation Reduction Act: Key Provisions Regarding the ITC and PTC
By
Foley & Lardner LLP
How the Inflation Reduction Act May Impact the Renewable Energy Industry
By
Greenberg Traurig, LLP
Avastars and Dolls and the Emerging Metaverse
By
Norris McLaughlin P.A.
Proposal to Quadruple OSHA Fines Appears to be Off the Table Despite Support from...
By
Jackson Lewis P.C.
Advertisement