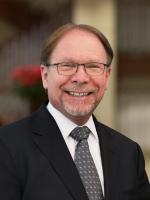 Fredric P. Andes is a partner in the Chicago and Washington, D.C., offices of Barnes & Thornburg and the leader of the firm's water team. Fred is involved in counseling and litigation on issues arising under various federal and state environmental laws, with a special emphasis on Clean Water Act matters.

Fred is involved in clean water issues on the national and state levels. He was selected by the EPA to serve on the Federal Advisory Committee on the Total Maximum Daily Load (TMDL) Program. He is serving as coordinator for the Federal Water Quality Coalition, which is a group of municipal and other regulated parties that is participating in EPA's rulemaking on TMDLs and other key Clean Water Act programs.

Fred is also advising trade associations, industries, and municipalities on TMDLs, permits, and other water quality matters on the state and federal levels, including development of water quality standards, listings, TMDLs, and permit conditions.

Fred has been recognized by Illinois Super Lawyers Magazine since 2014. He also regularly appears on the Best Lawyers in America and Chambers USA lists for his work in environmental law.

Before coming to Barnes & Thornburg, Fred was a partner with the Chicago law firm of Sonnenschein Nath & Rosenthal. Prior to working in Chicago, he spent nine years practicing environmental law in Washington, D.C.