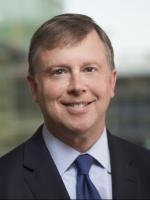 Greg joined the firm after spending more than 12 years as an Assistant U.S. Attorney (AUSA) in the U.S. Attorney’s Office for the District of Columbia, where he served as Deputy Chief of the Criminal Division from 2009 to 2010. In that position, Greg supervised approximately 75 senior prosecutors handling all types of federal investigations and cases, including healthcare fraud, corporate and securities fraud, export enforcement, tax fraud, money laundering, public corruption, espionage, and international and domestic terrorism. He also served in the D.C. U.S. Attorney’s Office as Acting Chief of the Asset Forfeiture Unit, as Senior Litigation Counsel, and as a line AUSA in the Fraud and Public Corruption Section, the Organized Crime and Narcotics Trafficking Section, and the Sex Offense and Domestic Violence Section. During his tenure as a prosecutor, Greg directed scores of grand jury investigations, tried approximately 45 trials, and argued eight direct appeals. He earned nine U.S. Department of Justice special achievement awards for superior performance.

Greg has served on the adjunct faculty at the University of Virginia School of Law, where he taught Trial Advocacy. Prior to becoming a federal prosecutor, he clerked for Chief Judge Joseph W. Hatchett of the U.S. Court of Appeals for the Eleventh Circuit, and worked at an international law firm in New York. Before attending law school, Greg taught for two years at a public junior high school in Manhattan.