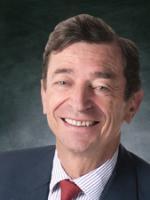 Jacques Buhart is a partner in the law firm of McDermott Will & Emery and is based in the Firm’s Paris office.  He is head of the Paris office and focuses his practice on corporate mergers & acquisitions and EU/ French competition.

In his cross-border transactional practice, Jacques has represented, among others, Mitsubishi Heavy Industries in its attempt to acquire Alstom with Siemens, Canon in its acquisition of OCE, Total in its acquisition of Elf, Belgacom, Metsäliitto in various acquisitions and divestitures in Europe, Toyota Motor Corporation in setting up its plant in France, Sonera in corporate matters in Turkey and Central Europe, TUI in acquisitions in France, Atos Origin in acquisitions of Banksys in Belgium, Caisse de dépôt et placement du Québec and numerous other French and international public and private companies on public bids, acquisitions and sales of entire businesses and divisions, divestitures and joint-ventures.

In his competition practice, he has represented Metsäliitto in various merger notifications, including several second-phase cases, Canon/Océ, Total/Elf and TUI. On the cartel side, Jacques represented a car parts manufacturer in defense of a global cartel investigation in the European Union and the US and in various other jurisdictions, Total in the GFU gas cartel, Daiichi/ Sankyo in the vitamins case and Nippon Express in the freight forwarder case, as well as GEA and Kuhne & Nagel in French investigations.

As a litigator, Jacques has represented Cascades and Daiichi Sankyo in Luxembourg, Nokia in the US and various other jurisdictions in connection with fair, reasonable and non-discriminatory (FRAND) litigation and Coca-Cola in the Court of Appeal in France among other clients. He has also acted for an intervening party in the Akzo case relating to legal privilege.

Drawing on his extensive experience, Jacques provides compliance program advice to several international companies, including Metsäliitto, Alcatel, Panasonic and NGK, and is a regular speaker at seminars throughout Europe, Asia and the United States.

Articles in the National Law Review database by Jacques Buhart