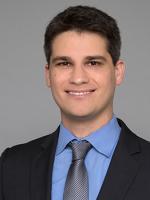 Previously, he was the First Amendment Fellow at the New York Times Company, where he counseled reporters on legal issues, litigated and argued access, reporter’s privilege, and public records cases in state and federal court, and provided prepublication review.

Mr. Kutner has also worked as a news reporter before and during his legal career. His articles have been published in The New York Times, The Christian Science Monitor, and The Huffington Post, filed from around the United States and from other countries, including China, Indonesia, South Africa, Kosovo, and Colombia. He previously lived in Guangzhou, China, as a fellow with the Yale-China Association.

U.S. Court of Appeals for the Second Circuit

U.S. District Courts for the Southern and Eastern Districts of New York

Articles in the National Law Review database by Jeremy A. Kutner