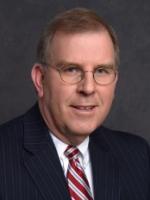 John F. Lushis Jr., a Member of the firm and Co-Chair of the Economic Development Practice, focuses his practice on real estate, commercial transaction law, and environmental law.

In late 2015, John became involved in “P3” projects (public-private partnerships), and is a lead architect of a first-of-its-kind P3 project in Pennsylvania.  This project, which includes a novel financing structure, will allow Northampton County to replace or rehabilitate numerous bridges at substantial cost and time savings compared to traditional methods.  The project has become a model for other P3 projects and has received statewide and national attention. As an outgrowth of the project, John assisted in drafting legislation signed by Governor Wolfe in October 2017 to allow counties having a certain population, such as Northampton County, to construct a new jail using a P3 transaction structure.

As one of the firm’s corporate environmental counsel, John focuses on soil and groundwater issues and other environmental issues for various businesses.

John is also registered to practice in the United States Patent and Trademark Office, and his knowledge of intellectual property is a valuable resource for clients who have projects and transactions in this area.

For more than 22 years, John was in-house counsel for Bethlehem Steel where he was co-lead counsel on the sale of assets to the International Steel Group for $1.5 billion to companies owned by Wilbur Ross, the United States Secretary of Commerce. While at Bethlehem Steel, John was heavily involved with brownfield re-development of the corporation’s Bethlehem, Pennsylvania, property, and directed the development and implementation of strategies to manage substantial assets and liabilities associated with more than 75 of Bethlehem Steel’s facilities and properties in Pennsylvania, across the U.S., and internationally.  During his career, he has been involved in transactions and financings totaling billions of dollars.