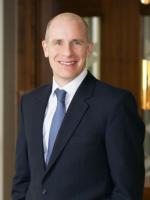 John Gilbert resolves disputes in the energy sector through litigation, arbitration, expert determination and mediation. He advises on a broad range of disputes related to oil and gas exploration and production, the construction and operation of pipelines and the downstream sector. John has particular experience representing clients locked in disputes over gas sales agreements, including price reviews and on the operation of take-or-pay provisions. In addition, he has advised on disputes relating to power generation, both conventional and renewables.

John has also represented clients in issues related to business and human rights, the application of soft law and on conducting incident investigations. For six years, John previously served as in-house counsel in the dispute resolution team of an oil and gas supermajor.

North sea operating company — Commercial Court proceedings relating to the requirement for approval to drill a well, including injunction application*

* Work completed prior to Bracewell

Articles in the National Law Review database by John Gilbert