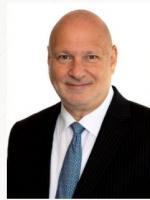 As a litigator, Mr. Rubin has led trial teams in major antitrust cases in courts throughout the country. As a thought-leader in competition law, he has published in influential academic journals and has spoken to numerous professional groups, including the Directorate General for Competition of the European Commission, the Antitrust Section of the American Bar Association, the University of Wisconsin, and the American Antitrust Institute. Mr. Rubin has also made several appearances before Congressional committees.

Articles in the National Law Review database by Jonathan Rubin