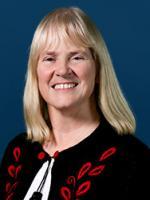 Megan Norris has been representing employers for three decades. An accomplished litigator who has been elected by her national peers to both the College of Labor and Employment Lawyers and the American College of Trial Lawyers, Megan has expertise litigating all matters of employment law, including statutory claims under the ADA, FMLA and Title VII, as well as tort claims such as defamation, tortious interference with contract, and intentional infliction of emotional distress.

Megan also advises employers on matters ranging from hiring to termination. In addition, Megan advises clients on non-employment issues relating to both the Civil Rights Act of 1964 and the Americans With Disabilities Act.

Megan speaks nationally on the Americans With Disabilities Act for organizations such as the American Bar Association, the National Association of College and University Attorneys, the National Employment Law Institute, and the Michigan Institute of Continuing Legal Education. She counsels employers on accommodation issues such as requests for leaves of absence, special equipment, modified job duties, and job assistants. She also counsels education clients on accommodation issues such as requests for real-time captioning, alternative testing, and modified educational requirements. In addition, she counsels clients on requests for medical information and medical examinations.

Megan handles cases involving claims of discrimination, harassment and retaliation, including claims brought under Titles VI, VII and IX of the Civil Rights Act of 1964, the Michigan Elliott-Larsen Civil Rights Act, the Age Discrimination in Employment Act, and the Pregnancy Discrimination Act. In addition, Megan conducts investigations into claims of violations of these statutes, as well as employer training on these issues.