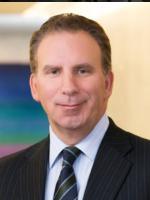 Michael Curto is the managing partner of the Washington DC office and a long-term leader of Squire Patton Boggs, having served in a number of firmwide management roles. Michael is a seasoned adviser to boards of directors and senior management teams, providing strategic guidance to employers in all industries on a diverse range of business and transactional matters, and in related litigation, regulatory and public policy projects.

Michael has specific expertise in employee benefits law. For more than 35 years, he has advised businesses in the private, public and nonprofit sectors on a broad array of legal, regulatory, public policy and market developments within the retirement and healthcare industries. Michael’s practice encompasses all matters relating to the analytical framework of ERISA (the federal law governing private sector employee benefit plans), as well as state statutes applicable to government sponsored plans, with a particular focus on counseling plan sponsors and fiduciaries regarding compliance with the complex rules governing investment and plan management decisions. Michael also has extensive experience assisting clients in their efforts to shape employee benefits legislation, regulations and public policies to ensure that their business model aligns with the current statutory and regulatory regime.

Michael has a deep and abiding commitment to public service and has served in leadership positions for a variety of organizations, including the Metropolitan Washington Airports Authority, the Dulles Corridor Advisory Committee, the Caregiver Action Network (formerly the National Family Caregivers Association) and Georgetown University.

In 2011, Michael was appointed by the Governor of Maryland to the Board of Directors of the Metropolitan Washington Airports Authority (MWAA). Later that same year, Michael was unanimously elected Chairman of the Board, and served in that capacity in 2012 and 2013, having been unanimously re-elected Chairman in 2013. MWAA is responsible for the management, operations and capital improvements of Reagan National Airport, Dulles International Airport and the Dulles Toll Road, as well as the construction and financing of the Dulles Corridor Metrorail Project, known as the Silver Line, one of the largest infrastructure projects in the US. As MWAA’s Chairman, and also as Chairman of the Dulles Corridor Advisory Committee, Michael successfully collaborated with federal, state and county government officials, as well as civic and business leaders, to win approval for the construction and funding of the second phase of the Silver Line. In January, 2014, Michael was appointed Co-chairman of the Board’s Finance Committee, and served in that capacity through 2016, overseeing MWAA’s budget, financial policies, forecasting, investments and underwriting banking syndicate, including MWAA’s bond offerings and other financing transactions.

He is a member of the Board of Directors of the Squire Patton Boggs Foundation, which promotes the role of public service and pro bono work in the practice of law and the development of public policy.

Michael served as an associate editor of the Law Review of the Columbus School of Law at the Catholic University of America, and began his career with a judicial clerkship for the Honorable Julia Cooper Mack, Judge, District of Columbia Court of Appeals. He enjoys the highest peer rating in Martindale-Hubbard (AV Preeminent) and has been named to the Super Lawyers list every year since 2011.

Articles in the National Law Review database by Michael A. Curto