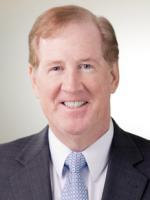 Mike has more than 30 years of experience with class actions and other complex cases, including wage-hour class actions, consumer products class actions, racketeering (RICO), and labor disputes with unions and employee groups.

He has tried more class actions to verdict than perhaps any other attorney in the country, including the defense of nine private class actions and a Secretary of Labor enforcement action against a Fortune 100 food manufacturer.

Focusing on clients who create and sell goods and services, Mike helps his clients to avoid litigation and, if they are sued, to successfully navigate pretrial proceedings, trials and appeals. Mike has spent 183 trial days in court, participating in a dozen class actions or other representative actions tried to verdict, the majority of which have resulted in zero recoveries by the plaintiffs. In many other cases, he has successfully avoided trial by defeating class treatment or winning dismissal on the pleadings or on summary judgment.

Mike has earned multiple awards for his aggressive, innovative and successful track record, including The American Lawyer’s 2015 “Litigator of the Week,” The National Law Journal’s 2016 “Litigation Trailblazer” and Law 360’s 2016 “Class Action MVP.”

In every matter, he develops a strategy that is tailored to the client’s business needs, offering various AFAs (alternative fee arrangements) to suit the overall matter or project. His long-term knowledge of a client’s business and litigation leads to proactive strategies, efficiency, and client satisfaction; he represented one Fortune 100 company on its class actions for 19 years.

Mike has litigated at all levels of the federal court system and in the state courts of California, Connecticut, Delaware, District of Columbia, Florida, Maryland, New Jersey, North Carolina and Tennessee. He is admitted to practice in the following jurisdictions: US Supreme Court; US Court of Appeals for the 2nd, 3rd, 4th, 6th, 8th, 9th, 10th and 11th Circuits; US District Courts for the District of Columbia, the Middle, Northern, and Southern Districts of Florida, the Eastern and Western Districts of Michigan, and the Central and Northern Districts of Illinois. He held a judicial clerkship with the Honorable Avern Cohn, US District Court for the Eastern District of Michigan.

A regular speaker and writer on the topics of class actions or RICO, Mike has been quoted and mentioned frequently in media coverage of litigation matters and has appeared on CNN and PBS. He is a contributing author to the firm’s retail industry blog.