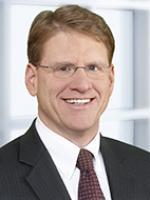 Patrick Birney co-chairs the firm's Bankruptcy + Reorganizations Group and is a member of the Business Litigation Group.

Patrick recently obtained summary judgment in the United States District Court for the Southern District of Texas on behalf of an international manufacturer regarding claims of breach of contract.

Patrick is committed to doing pro bono work and being actively involved in the community. He has participated in the firm’s Domestic Violence Restraining Order Program, which assists victims with obtaining restraining orders. He is on the Board of Directors for G.R.O.W.E.R.S., Inc., which provides employment and educational opportunities for intellectually disabled clients, and he serves as president of the N.E.W. 34th Charitable Corp., an organization which helps fund civic and charitable causes in the New Haven, Connecticut area.

Patrick has also been a member of the Connecticut Lottery Corporation’s Board of Directors, serving as the board’s vice chairperson since 2014 and chairperson of the board’s Finance Committee since 2013. He has also served as vice chairperson of the Wallingford Public Utilities Commission since March 2015, and prior to that served on the Wallingford Planning and Zoning Commission and Zoning Board of Appeals.

Patrick is a frequent lecturer and participant on educational panels related to bankruptcy, insolvency, commercial law, and creditors' rights. In addition, he is a frequent author and contributor to several national bankruptcy publications. To date, his articles have been cited by several judicial opinions, including In re Reichgott, 2013 WL 5492532 (Bankr. N.D.Ohio, 2013), and In re Kebe, 444 B.R. 871, 880 (Bankr. S.D.Ohio, 2011).