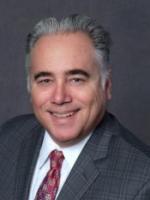 Chair of the firm’s Liquor Law Practice Group, Ted was lead counsel in a beer rights case brought against the world’s largest brewers and is now General Counsel to D.G. Yuengling & Son, Inc.

Ted’s lobbying efforts helped change various laws under the Pennsylvania Liquor Code. In 2010, Ted testified before the Senate Law and Justice Committee on behalf of Yuengling Brewery concerning House Bill 291, which addresses the distribution of brewed beverages in Pennsylvania.

In 2011, Ted authored portions of two different bills that were enacted into law.  The bills helped small brewers by allowing more efficient and cost effective brand registration, as well as altered the package laws for brewery licenses.  He also appeared before the House Liquor Committee with the Brewers of Pennsylvania in the Privatization Hearings. Most recently, his efforts helped change brewery regulations to allow for taprooms and he authored the Malt Beverage Tax Excise Credit legislation. Further, he has written extensively about Acts 39 and 166.

Ted counsels clients on the acquisition of liquor licenses and coordinates liquor license transactions with other practice areas, such as real estate, business law, financing, tax law, intellectual property, and litigation.  Known throughout the Commonwealth of Pennsylvania, he also represents beer interests on a national level and advises breweries and wholesalers on state regulatory matters involving beer distribution and franchise laws. He regularly prepares distribution agreements for his clients and coordinates state and federal licensing for manufacturing and national distribution.

Ted has tried multiple cases in county and federal court, including jury trials, and hundreds of cases before arbitration panels, district justices, and administrative law judges. He is a member of the Pennsylvania Cider Guild and is General Counsel to the Brewers of Pennsylvania and represents alcohol interests in every category. Ted has helped numerous start-up breweries, wineries, distilleries, and retailers.

Ted was named a 2019 Pennsylvania Trailblazer by The Legal Intelligencer and made a cameo appearance in “Undercover Billionaire,” Episode 1 -2, as himself giving advice on how to build a brewery.