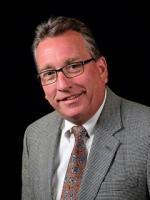 Thom Fladung serves as managing partner for Hennes Communications. He brings more than 33 years of daily newspaper and digital media experience to the agency, having served as a top editor at some of the nation’s largest newspapers such as the Cleveland Plain Dealer and the Detroit Free Press. Over the past decade, Fladung also played a lead role in helping newsrooms enter the digital age, including web, social media and handheld digital devices.

Fladung is expert at crafting effective, strategic messages on hard deadlines. He is also experienced at quickly evaluating, assembling and disseminating information – crisis management skills that are critically important for clients coping with reputation management issues and breaking crises.

He is intimately familiar with the relentless content requirements of the 24/7 news cycle, and understands the necessity and nuances of communicating on social media platforms, such as Facebook and Twitter. He recognizes the crucial role social media plays as a first alert for many consumers of information.

Fladung has overseen newsrooms of more than 300 journalists and has directed dozens of award-winning investigations, breaking-news stories, human interest stories and features. Highlights include helping direct six journalists reporting from the Iraq war after the invasion in 2003 for the Detroit Free Press; leading coverage during the Northeast blackout of 2003 in Detroit, and getting the newspaper out with no power; and overseeing coverage of the Minneapolis bridge collapse of 2007 while serving as editor of the St. Paul Pioneer Press.

In his role as a lead editor, Fladung was responsible for multimillion-dollar newsroom budgets along with the management of the newsrooms, including overseeing hiring, career development, performance evaluations, layoffs, union negotiations and more. He also has been responsible for managing the reputation of the many news organizations he has led, frequently serving as their ambassador for public speaking engagements, and serving as one of the first points of contact for customers.

A native of Canton, Ohio, Fladung is a graduate of the University of Dayton. He is on the boards for The Press Club of Cleveland and Truly Reaching You (TRY), a reentry service for men leaving prison. He has served on a number of other boards, including the Ohio Newspaper Association; Big Brothers & Big Sisters of Columbia, S.C.; Christ Child House in Detroit; and the Minnesota News Council.  In 2017, Fladung received the Communicator of the Year award from the International Association of Business Communicators.

Articles in the National Law Review database by Thom Fladung