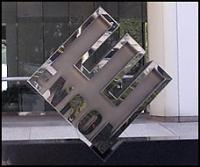 I recently heard Sherron Watkins speak as part of a panel at Inside Counsel’s recent Super Conference in Chicago.  Ms. Watkins is former Enron Vice President who is widely credited with exposing the accounting and other irregularities, which lead to Enron’s demise and ushered in a new era of compliance awareness. Ms. Watkins provided some chilling insights and timely reminders about how a company can take great lengths to appear to be highly compliant and ethical but in reality can be a very different creature.

At the time of the Enron meltdown, Enron was the seventh biggest company in America and the world’s biggest energy trader. Enron also had a Code of Corporate Compliance which would be technically compliant today with many of the Code of Conduct requirements mandated under Sarbanes Oxley (SOX) enacted because of the Enron meltdown. Enron’s Board of Directors famously waived various provisions of their well crafted Code of Conduct twice. These waivers of the Code of Conduct allowed the company’s CFO to run competing companies and companies which traded directly with Enron, and many other questionable business practices.

Back in 2001, Watkins began investigating Enron’s relationship with LJM (a special purpose entity designed to take high-risk poor-performing assets off Enron’s balance sheet). Watkins became increasingly alarmed as it became apparent that the LJM relationship didn’t stand up to accounting scrutiny. Watkins sent Kenneth Lay, then Chairman of Enron’s Board of Directors, a detailed memo in August 2001 explaining her concerns.  Watkins outlined how the structuring of the LJM deals didn’t seem to have a true third-party relationship and warned Lay that the aggressive accounting would come back and haunt the company. After drafting the memo, Watkins met with Lay to convey her fears face to face.

Enron went down quickly. By December of 2001 Enron filed bankruptcy, which at the time was the biggest bankruptcy case in US history. Thousands of workers lost their jobs and thousands of investors lost billions of dollars. Soon after Enron’s bankruptcy, Watkins role publicly came to light. In January 2002, a Congressional committee published her memo to Ken Lay and Watkins and many others testified before Congress about Enron’s corporate culture, internal controls and accounting practices.

In response to Enron, WorldCom and other financial scandals, Congress enacted SOX. Section 404 of SOX requires that company management document, test and adequately support the effectiveness of its internal controls. It also states that such documentation, testing and support be audited and reported on by external auditors.  Certifying officers, the  CEO and CFO, face penalties of $1million for false certification and/or up to 10 years imprisonment for “knowing” violations, and $5 million and/or up to 20 years imprisonment for “willing” violations. In theory, a new era of “transparency” was born.

But Enron famously had a “no harm, no foul” culture and to the outside world, a state of the art Code of Conduct. Whether it was simply looking the other way or actual ignorance, most Enron employees prior to 2001 were unaffected by the executive pillaging going on across all levels of the business and the executives heartily benefited from it. Watkins believes the true bite from SOX comes from the Act’s enforcement penalties. Back in 2003, Watkins famously stated: “Monetary fines don’t do it. If you’ve made a hundred million dollars and you’re fined $25m, you’re still filthy rich. To go to jail scares these guys to death. Standing in a cafeteria line for food, communal showers? It will change them forever.“

It’s difficult to quantify directors and officers fear but one measurable result of Enron, World Com and SOX has been significantly increased compliance costs. Such costs have been well documented – some estimates placing them at well over $6 billion annually. Two accounting professors at the University of Illinois estimated that companies spent 120 million hours in 2004  alone complying with SOX. They also suggested that outside auditors spent another 12 million hours. That equates to 132 million hours – or, to put it another way, 66,000 people working for one year on nothing else.

Experts all agree the costs have been steep, but how steep? According to one study that has attracted a lot of attention, SOX contributed significantly to wiping US$1.4 trillion off the value of the stock market. This startling amount comes from a study by Ivy Xiying Zhang, Assistant Professor of Accounting at the University of Minnesota.

In spite of  the current recession, roughly three out of four companies either kept compliance spending even in 2009 or actually increased it.  For 2010 compliance spending is expected to be about the same as 2009 or even slightly higher.  This data was revealed in a survey published in January conducted by the Society of Corporate Compliance and Ethics (SCCE) and the Health Care Compliance Association (HCCA).   http://www.corporatecompliance.org

Roy Snell, Chief Executive Officer of SCCE,  recently stated: “According to our survey results 33%  of companies surveyed expect a budget increase in 2010, and 18% expect their staffing to increase.” “This shows that the business community has come to realize that the price of cutting back on compliance far exceeds any potential rewards.”

While it is difficult to tell if the increased spending on compliance is having any measurable effect on actual compliance, the government has certainly turned corporate and financial crimes as the new target of the “war on crime.”  One area of heightened government enforcement is the FCPA (Foreign Corrupt Practices Act) which prohibits bribery of foreign government officials. Some statistics illustrate:

In 2009, the federal government significantly beefed up the False Claims Act (FCA) under FERA (Federal Employment and Recovery Act). The FCA applies to the Troubled Asset Relief Program (TARP) to prosecute persons who make false statements to obtain TARP funds.   TARP also created a Specialized Inspector General (SIGTARP) who will collaborate with the FBI and federal prosecutors.  Many states also have their own false claims acts which will should also come into play as TARP money flows to states.

State Attorney Generals and Federal officials are starting to work together as never before, too.

ke Away:  While Enron had a stellar Code of Conduct on paper – it was waived by the Board and the potential  profits at the time seemed to seriously outweigh any civil and criminal penalties in force at the time.  Almost ten years later, companies are spending vast resources on compliance, even in the wake of the current recession.  Wall Street’s recent problems which prompted TARP seems to have motivated both federal and state governments to step in with heightened enforcement of financial crimes.  Whether heightened government enforcement coupled with increased corporate awareness is enough to deter the temptation of potential profits still remains to be seen.

Jennifer Schaller, Esq. is the Managing Director and co-founder of the National Law Review on-line edition.  Prior to the National Law Review, Jennifer most recently served as in-house counsel / director at CNA Surety. She also served in various marketing and business development roles as a vice president of Aon Services Group.  Jennifer started her legal career as an insurance coverage attorney with Smith Amundsen, LLC in Chicago, IL and in risk management at various insurance organizations.

In 2019 Jennifer was the Chair for the Chicago City group of the Legal  Marketing...