Avoiding IPR Institution: Your Best Defense to an IPR Challenge

The United States Patent and Trademark Office (USPTO) Patent Trial and Appeal Board (PTAB) was once famously referred to by the former chief judge of the Federal Circuit, the honorable Randall Rader, as a patent death squad. While the PTAB has consistently pushed back on that characterization, the latest data set of published trial statistics show that patent owners best defense to an inter partes review or other post-grant challenge is still avoiding institution altogether.

Going by the numbers running through September 30, 2020, the PTAB has invalidated at least some issued claims in the vast majority of instituted proceedings that result in a final written decision.  For example, the PTAB’s Outcome of Concluded Proceedings chart shows that only 7% of post-grant proceedings have resulted in a determination that all issued claims are patentable.  While this number goes up to just under 20% after subtracting out institution denials, settlements and requests for adverse judgment, it is dwarfed by the 62% of cases that result in a finding that all challenged claims are unpatentable, as well as the remaining 18% where at least one, and often more claims are found invalid by the Board. 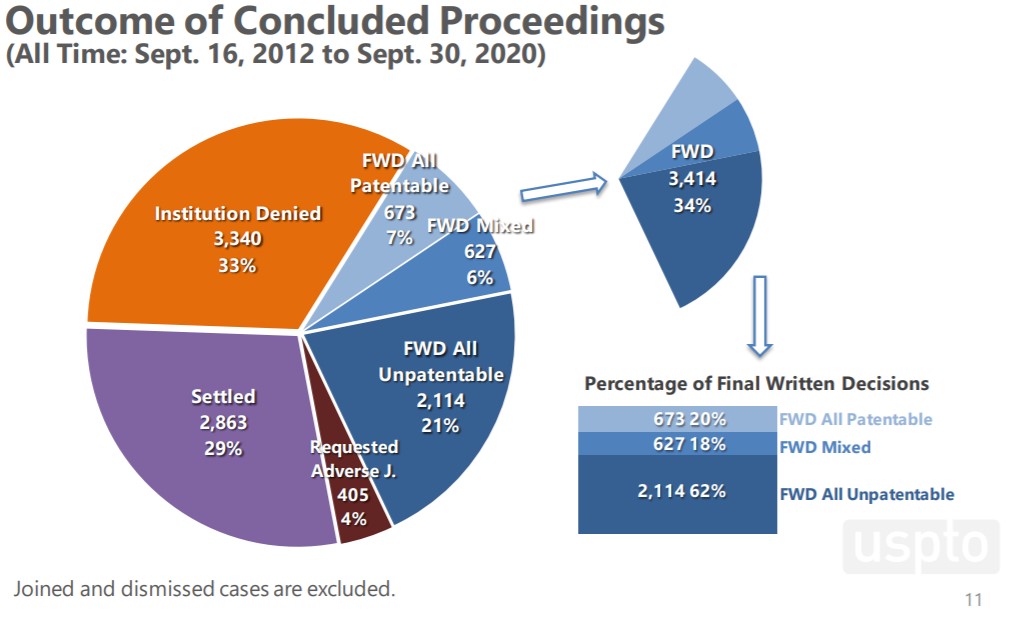 In other words, if you are a patent owner facing an IPR or other post-grant review challenge, the historical data shows that you have an 80% chance that at least one or more claims of the subject patent will be held unpatentable if you do not avoid an institution. Yet amidst these grim percentages, there is a reason to be encouraged from the Patent Owner perspective: institution rates continue to fall. 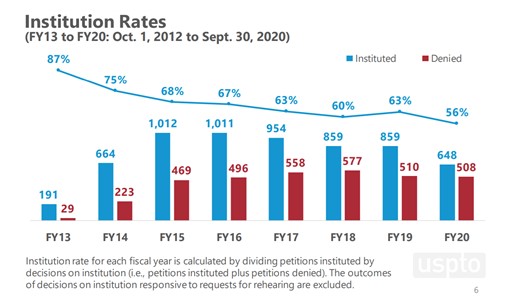 As can be seen, since the inception of post-grant proceedings, the institution rates have been steadily sliding downward from a high of 87% in 2013 to 56% in the current data set. That means patent owners are currently successful in avoiding institutions 44% of the time. A comparison by common industry sector now versus four years ago reflects an improvement, from the patent owner perspective, for all technology groups. 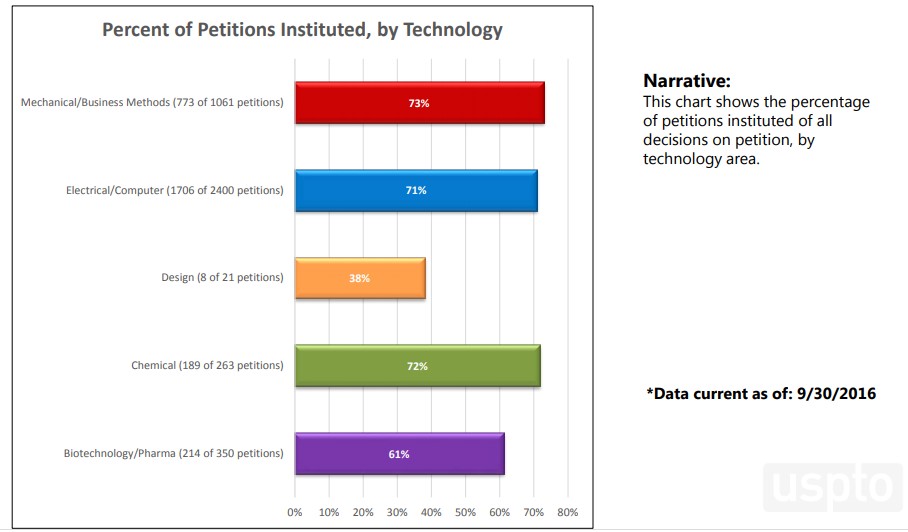 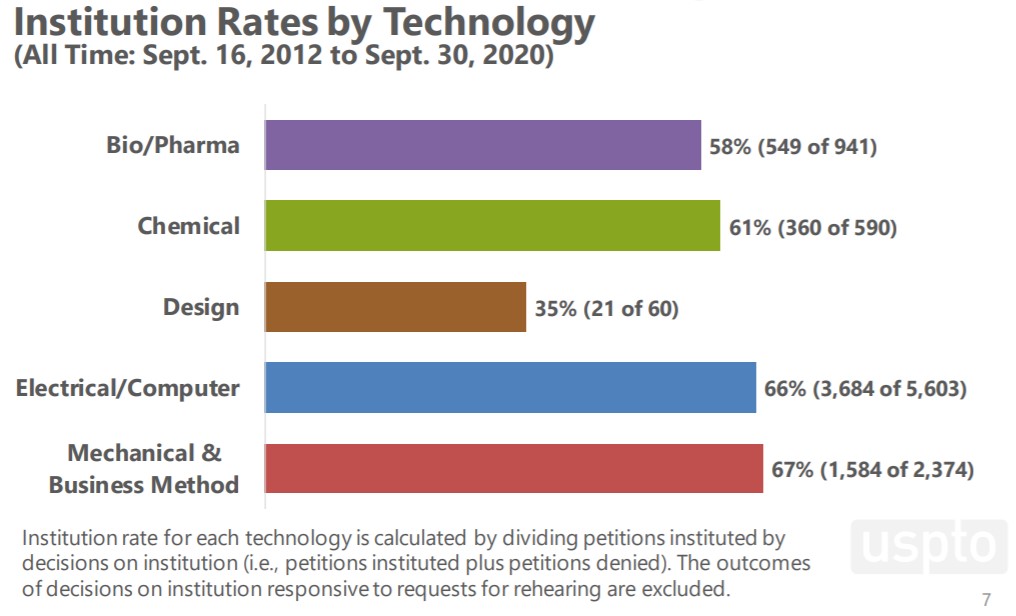 When taken together with the high rate of PTAB affirmances by the Federal Circuit, particularly via Rule 36, the PTAB’s data highlights the importance of vigorously fighting back against an initial institution. And it is also perhaps why the PTAB statistics show that the majority of post-grant settlements come after the Board’s initial decision to institute. Thus, when confronting the likelihood that some or all claims will be lost in 80% of decisions post-institution, the best defense is to avoid an AIA trial altogether.

Our next post, Tip #1 for Avoiding Institution: Litigation Venue Selection, discusses the importance of assessing courts based on time-to-trial and history of granting stay pending IPRs.

Peter’s practice involves intellectual property enforcement and defense, and client counseling on issues related to IP rights. Peter's primary focus is in patent litigation where he has experience in every phase from pre-suit investigations through appeal, including, initial evaluation and case initiation, fact and expert discovery, pre-and post-trial motion practice, and trials and appeals. In addition to suits centered on the assertion and defense of infringement claims, Peter has experience with the successful resolution of multiple inventorship disputes and related misappropriation...

Brad Scheller is a trial attorney who focuses his patent litigation practice on representing clients in the automotive devices, thermoplastics, electronic components and consumer products industries in federal district court, before the Patent Trial and Appeal Board and at the International Trade Commission. With a background in mechanical engineering and over 14 years of experience practicing law, Brad has successfully represented patent owners in enforcing their rights against infringers and protecting those rights from challenges of invalidity, and has also successfully defended and...