The Group of Central Bank Governors and Heads of Supervision (GHOS), i.e., the oversight body of the Basel Committee on Banking Supervision (Basel Committee), endorsed the finalized prudential standard on banks’ crypto-asset exposures in December 2022.

Under the standard, unbacked crypto-assets and stablecoins with ineffective stabilization mechanisms will be subject to a conservative prudential treatment. The standard proposes a strict and prudent global regulatory framework for international banks’ exposures to crypto-assets in order to ensure financial stability while harnessing responsible innovation.

The new standard requires banks to classify crypto-assets into two groups on an ongoing basis, based on specific classification conditions. Group 1 includes tokenized traditional assets and stablecoins with effective stabilization mechanisms that meet the classification conditions. In light of their compliance with the latter, they will be subject to capital requirements based on the risk weights of underlying exposures as enacted in the current Basel framework.

Moreover, the new prudential standard will also include other key elements, such as (i) an infrastructure risk add-on (i.e., an add-on to risk-weighted assets to cover infrastructure risk for Group 1 crypto-assets, which can be implemented when weaknesses in crypto-assets’ infrastructure are observed); and (ii) a Group 2 exposure limit, whereby a requirement that banks’ total exposure to Group 2 crypto-assets cannot exceed 2% of the bank’s Tier 1 capital and should be lower than 1%. If a bank’s exposure is over 1%, it will be required to apply the strictest capital treatment within Group 2.

GHOS has agreed to implement this standard by 1 January 2025, and it has announced that the standard will be incorporated into the Basel Framework text shortly. The Basel Committee will be in charge to monitor its implementation and effects. 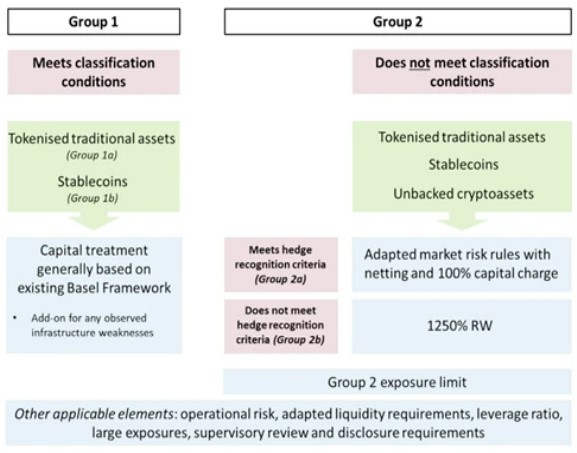 On 29 December 2022, the United States issued new guidance confirming that EU companies are able to benefit from the Commercial Clean Vehicle Credit scheme under the U.S. Inflation Reduction Act. This follows the establishment of the EU-U.S. Inflation Reduction Task Force (Task Force) in late October 2022, which was designed to address the scheme, among other topics.

The guidance confirms that EU companies may profit from the Commercial Clean Vehicle Credit scheme when, for example, they give customers leases for “clean” vehicles. The availability of such credits under the U.S. Inflation Reduction Act does not require changes to current or planned business models of EU producers. Additionally, incentives will be available to U.S. taxpayers that make use of EU-made electric vehicles and components.

The Task Force will continue to address remaining EU oppositions to the U.S. Inflation Reduction Act, although, at present, EU companies immediately benefit from the new guidance. However, in a letter to EU finance ministers dated 13 January, Executive Vice President of the European Commission Margrethe Vestager proposed a new state aid framework that would counter potentially negative effects of the U.S. Inflation Reduction Act by simplifying state aid rules for green projects, especially for “all renewable energy technologies”. Discussions with the EU member states on the proposed new rules are ongoing.

REPowerEU: Council of the European Union Agrees on Accelerated Permitting Rules for Renewables

The Council of the European Union (Council) has confirmed the target of at least 40% of the share of renewable energy sources in 2030 in the European Union’s gross final consumption, as set in its general approach on the revisions of the Renewable Energy Directive (RED II) adopted on 29 June 2022.

The Council agreed that EU member states would adopt plans identifying areas necessary for national contributions toward the 2030 renewable energy target; in other words, plans determining zones such as land, sea, or inland waters, which are favorable for the deployment of renewables. These so-called “renewable go-to areas” will be determined based on their suitability for specific renewable energy technologies and lower risks for the environment (protected areas should thus be avoided).

EU member states should adopt their plans, including mitigation measures and designating the renewable go-to areas, within 30 months after the entry into force of the new directive. These plans would then be subject to a simplified environmental impacts assessment, instead of a case-by-case assessment, which can block or substantially delay renewable projects in some EU member states.

In regard to renewable go-to areas, the permit-granting processes should take no longer than one year for renewables projects and two years for offshore renewables projects. If there are justified extraordinary circumstances, this period may be extended by up to six months.

For the repowering of plants and for new installations with an electrical capacity of less than 150 kW, co-located energy storage facilities (as well as their grid connection), the processes should be limited to six months, and one year for offshore wind energy projects. For solar equipment, EU member states agreed that the permit-granting process would not exceed three months.

The measures approved by the Council also include granting all renewable projects, on a temporary basis, the status of “overriding public interest,” thereby limiting the grounds of legal objection to new installations.

The general approach sets the Council’s position in view of negotiations with the European Parliament. The two institutions will now be able to discuss their positions and to reflect them in the REPowerEU proposal on RED II. The negotiations on a final text of the revised RED II are expected to start in January 2023.

The Proposal seeks to: (i) ease the workload of the Court of Justice by transferring to the General Court the competence to review preliminary rulings in certain areas, and (ii) enhance the Court of Justice’s ability to filter the appeals against the General Court’s judgments or orders thereby allowing the court to focus on the review of the important legal questions.

The Proposal also seeks to improve the Court of Justice’s ability to filter appeals against the General Court’s judgments or orders that concern decisions of independent boards of appeals of offices, bodies, or agencies of the European Union, such as the European Union Agency for Railways, the European Banking Authority, and the European Union Agency for the Cooperation of Energy Regulators. Moreover, the Proposal extends the court’s ability to filter appeals brought against the General Court’s judgments or orders pertaining to the performance of contracts containing arbitration clauses. This new filtering system will improve the efficiency of the Court of Justice’s review of appeals by enabling the court to focus on the appeals that raise important legal questions. Appeals not fulfilling these criterion will not be allowed to proceed.

Priorities of Swedish Presidency of the Council

On 1 January 2023, Sweden took over the presidency of the Council for six months. The priorities of the Swedish presidency include security, competitiveness, green and energy transitions, democratic values, and the rule of law.

The Swedish presidency will prioritize continued economic and military support for Ukraine, including by imposing sanctions on Russia and Belarus. In terms of trade, the presidency will focus on trade relations with the United States (including in the Trade and Technology Council) and negotiations on free-trade agreements with third countries (including Australia, Chile, India, Indonesia, Mercosur, Mexico, and New Zealand). It will also strive for World Trade Organization reform.

The Swedish presidency will prioritize work on the Ecodesign Regulation and the Construction Products Regulation, as well as negotiations on the legislative draft of the Single Market Emergency Instrument. In the area of industry, the presidency will focus on the review of the Euro 7 emissions standards for combustion engine vehicles, as well as legislative work on the forthcoming Critical Raw Materials Act and the European Chips Act. With respect to data security proposals, the presidency intends to take over work on the Data Act in the Council, to subsequently initiate negotiations on it with the European Parliament, and to advance as far as possible the work on the Cyber Resilience Act.

The Swedish presidency will focus on implementing the Fit for 55 package and will continue the informal trilogues with the European Parliament regarding the proposals for the revision of RED II and the Energy Efficiency Directive. The presidency will also aim to progress negotiations on the revision of the Waste Shipments Regulation.

Democratic Values and the Rule of Law

The Swedish presidency will continue the Council’s country-by-country rule-of-law dialogue, taking as its starting point the European Commission’s annual Rule of Law Report, which includes recommendations addressed to the EU member states.

Miguel Caramello Alvarez is a counsel at the firm’s Brussels office. He is a member of the antitrust, competition and trade regulation practice group.

Philip Torbøl is a founding partner of the firm’s Brussels office. His practice focuses on EU competition law and government strategies.

Mr. Torbøl’s competition experience includes advising clients in matters related to the conduct of dominant companies, cartel investigations, merger control, and state aid.  In addition to defending clients before European institutions, Mr. Torbøl’s practice focuses on helping companies define their distribution strategies within the framework of EU competition law – not only preventively, but also to ensure...

Nikolaos Peristerakis is a partner in K&L Gates' Brussels office. He is a member of the Antitrust, Competition & Trade Regulation practice group.

Nick has more than 20 years of experience advising and representing clients in merger control and antitrust investigations. He has handled the EU and global merger clearance process for hundreds of public M&A, joint venture and private equity transactions. He has also led or co-led numerous high-profile Phase I remedy and Phase II cases before the European Commission and globally. Nick has...

Francesco Carloni is a partner in the firm’s Brussels and Milan offices where he is a member of the antitrust, competition & trade regulation practice group.