Bobcat Company is the owner of record of several federal registrations for the trademark BOBCAT®, used for skid-steer loaders, attachments to such loaders, and related goods and services.  For example, Bobcat Company is the owner of record of U.S. Trademark Reg. No. 890,034, registered in 1970 for “self-propelled vehicle having front end mounting means for various attachments actuated by the power means of said vehicle.”  The complaint listsbobcat.com, bobcatdealer.com, andbobcatstore.com as being among domain names that Bobcat Company registered using the BOBCAT Marks.  The complaint alleges, among other things, that “Bobcat Company sells millions of dollars worth of machinery and equipment under the BOBCAT Marks each year,” that “BOBCAT brand skid-steer loaders hold 40 percent of the U.S. market share for skid-steer loaders,” and that “the BOBCAT Marks are extremely well-known, if not famous, in the United States for compact equipment.”  The Bobcat Company asserts that it is well known for its BOBCAT brand attachments, which are a significant portion of its business. 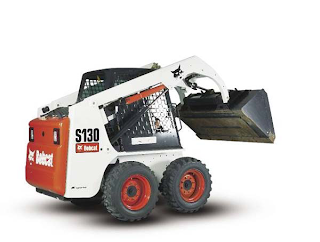 As of the 50th anniversary of the Bobcat in 2008, Clark had manufactured 750,000 skid-steer loaders since their inception in 1958, according to paragraph 14 of the complaint. The complaint reports national attention, including appearances on the television show Extreme Makeover: Home Edition (where the skid-steer loaders performed a square dance), a coffee-table book, and a dedicated YouTube channel.  A 9 minute YouTube video of the history of the Bobcat Square Dance can be found at http://www.youtube.com/watch?v=u25iBRtzEg4 (featuring information that the dance was regularly performed on the Captain Kangaroo Show).  A shorter version of an entire dance can be viewed at http://www.youtube.com/watch?v=B4lKbqsW7HE.

Mr. Corriher, according to the complaint, is an individual who sells attachments for compact equipment through “an online implement business” known as EverythingAttachments.com, based in Newton, North Carolina.  Bobcat Company asserts that Mr. Corriher, despite not ever having been an authorized BOBCAT dealer, registered at least 10 domain names (collectively called “Infringing Domain Names” in the complaint) incorporating the BOBCAT trademark, including:

The complaint makes the following factual allegations and indicates that the facts alleged demonstrate Corriher’s knowledge of the Bobcat Company and the BOBCAT Marks at the time he registered the above domain names, or at other times preceding the filing of the complaint:

Note:  The contributions of co-author Kirk Watkins to the foregoing summary are gratefully acknowledged.

Trade Secret Misappropriation: Denial of Motion for Attorneys’ Fees under CUTSA is Not an Appealable Order
By
Kazim A. Naqvi
AFCP 2.0 Extended: Your Mileage May Vary
By
Frank L. Bernstein
20[2]1: A Spase.com UDRP Odyssey
By
Jonathan Uffelman
Episode 37: The Supreme Court Interprets the Computer Fraud and Abuse Act, and the Latest on the China Initiative [PODCAST]
By
Greenberg Traurig's International Trade & Investment Practice
Advertisement