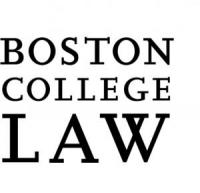 Credit Card Marketing Geared Towards Students and the Policies to Address the Dilemma: Can More Be Done?

Credit cards, particularly for college students, can allow students to buy school supplies, pay for tuition, and set up an early history of credit [i] They can also entrap students in debt, representing a higher risk of being overwhelmed by debt.[ii] Having a credit card as a student can be a life-altering choice as there are legitimate reasons a student may need a credit card.[iii] In 2008, 56% of undergraduates held credit cards at the age of 18 and 91% of students had at least one credit card by their final year of college; by graduation, 56% of students carry four or more cards.[iv] From 2004 to 2008, the average college student card debt went up from $2,169 to $3,173.[v] While making a choice about having a credit card as a student can be difficult, credit card marketing can push students to obtaining credit cards for the wrong reasons. Marketing strategies such as on-campus marketing, rewards, college affinity cards and college logos on credit cards have been effective ploys to get students to register for credit cards.[vi] Leading up to 2009, Congress became concerned about credit card debt and the risk of defaulting on credit cards.[vii] In 2009, the Credit Card Accountability Responsibility and Disclosure Act of 2009 (CARD Act) was passed.[viii] The CARD Act’s young consumer provisions, particularly for college-age students, focuses on restricting on-campus marketing and disclosures to help young people make a more educated choice in signing up for a credit card.[ix]

Marketing Practices and the College Students They Affect

The first provision this article focuses on is the elimination of on campus promotions and giveaways.[xxxii] The CARD Act amended TILA to prevent credit card issuers from signing up college students in exchange for gifts or giveaways.[xxxiii] This exchange is defined in the federal regulation as an “Inducement.”[xxxiv] Inducement is “any tangible item to induce such student to apply for or open an open-end consumer credit plan offered by such card issuer or creditor, if such offer is made”[xxxv] There is concern that “tangible” is too narrow a definition, as credit card issuers can give reward points or discounts, and there is a call for broadening the definition.[xxxvi] As mentioned earlier, before the CARD Act, credit card issuers could give free t-shirts, pizza and other gifts at college campuses.[xxxvii]  In order to clear up the ambiguity of “on…near the campus,” the Federal Reserve Board explains that it is 1000 feet within or of a campus.[xxxviii] The effects of the CARD Act and the amendment on TILA has been evident.[xxxix] However, it doesn’t appear as if credit card marketing on or near campus has been eliminated, and the fear is that credit card marketing on campus still exists through more subtle means like alumni networks and affinity card agreements.[xl]

Provision in the FCRA for credit report information

The US government has stated the importance of credit reporting agencies, stating that “consumer reporting agencies have assumed a vital role in assembling and evaluating consumer credit and other information on consumers.”[lxv] Because of the importance of having accurate credit scores, especially for younger consumers, all consumers have access to free credit reports.[lxvi] According to a 2013 survey by the GAO, only 47% of consumers know that they are entitled to a free credit report.[lxvii]

In 2003, Congress amended FCRA by passing the Fair and Accurate Credit Transactions Act (“FACTA”)[lxviii] “…to improve the accuracy of consumer records, [and] make improvements in the use of, and consumer access to, credit information.”[lxix] Before FACTA, consumers were limited in how they could access their credit reports, hindering consumer’s ability to get transparent and accurate credit scores.[lxx] These limiting factors were if a consumer: (1) is unemployed and intends to apply for employment in the 60-day period beginning on the date on which the certification is made; (2) is a recipient of public welfare assistance; or (3) has reason to believe that the file on the consumer at the agency contains inaccurate information due to fraud.[lxxi] FACTA allowed consumers to receive a free copy of their credit reports once every twelve months, broadening the limiting factors within the previous law.[lxxii] College credit card consumers can access their credit report information by requesting a free copy of their credit report from Equifax, Experian, and Transunion, the “big three” nationwide consumer reporting agencies.[lxxiii] The consumer reporting agencies have a centralized location (www.annualcreditreport.com) for consumers to request their annual copy.[lxxiv]

Outcomes on Credit Card Marketing since the CARD Act

Since the CARD Act was passed in 2009, there have been studies to see if different credit card marketing factors, such as college student credit card registration and affinity card agreements, having decreased over time.[lxxv] In overall metrics, the number of credit card holders between the ages of eighteen to twenty have deceased.[lxxvi]

Criticism of the Legislation Passed

On campus marketing provision of TILA

The restrictions of inducements and on campus marketing is another step forward in helping regulate credit card marketing to college students.[xcviii] The regulation’s elimination of promotional giveaways like free T-shirts, pizza, or other gifts eliminates the first glance incentives to sign up for credit cards.[xcix] The criticism of the provision however is that the clarifications and interpretations by the Federal Reserve Board on the provision has reduced the teeth of the provision.[c] The Federal Reserve Board’s definition of “inducement” is “when a tangible item is offered to a person whether or not that person applies for or opens an open-end consumer credit plan, the tangible item has not been offered to induce the person to apply for or open the plan.”[ci] Hypothetically, credit card issuers could go on campus and still give free gifts to students as long as they were offered to all students.[cii] The Federal Reserve Board has also narrowed the definition of a “tangible item,” which does not include “discounts, rewards points, or promotional credit terms.”[ciii]  This narrow definition is a significant loophole for credit card issuers to still be able to give promotions, via discounts, to college students.[civ]

Recognizing the gaps in regulation regarding credit card marketing, the following recommendations would help close the gaps and protect college students from jumping into credit card agreements.

On campus marketing terms of “inducement” and “tangible item” within the federal provision of TILA need to be broadened as the loopholes within the provision provides credit card issuers with an opportunity to continue giving gifts to students.[cix] Because of the narrow definitions the Federal Reserve Board has interpreted the provision in TILA, credit card issuers can find ways around the regulation that was meant to restrict on campus marketing.[cx] If inducement were to be broadly defined as “when a tangible item is offered to a person whether or not that person applies for or opens an open-end consumer credit plan, [by a credit card issuer or creditor] on the campus of an institution of higher education,” the loophole regarding free gifts may be closed.[cxi]

[i] Should College Students Have Their Own Credit Cards?, The Wall Street Journal (Jun. 12, 2016), http://www.wsj.com/articles/should-college-students-have-their-own-credit-cards-1465783620.

[xxii] E.g., Tori Dykes, Credit Card Affinity Agreement Revealed, Marquette Wire (Sep. 21, 2010), https://marquettewire.org/3772306/tribune/tribune-featured/credit-cards-knh1-kw2-dac3/ (Marquette University had an agreement with Bank of America through which it gives the bank contact information for alumni, including phone numbers, addresses and e-mail addresses. The University gets $825,000 in royalties by the end of the deal).

[l] 15 U.S.C. § 1637(r)(2) (requiring each creditor to submit an annual report describing all college agreements and explaining the details of such reports).

[lxxxii] See id. at 18 (The Student issues reports on student financial services based on in-person, on-campus interviews of 1,200 undergraduate students enrolled fulltime at 100 4-year colleges and universities throughout the United States. According to Student Monitor, the 2013 study had a 2.4 percent margin of error with a 95 percent confidence interval).

Robert Park is a current second year student at Boston College Law School. Mr. Park worked in Honolulu last summer for the US District Court - District of Hawaii and will be returning to Honolulu to work for Cades Schutte as a summer associate. At Boston College Law School, Mr. Park works as a research assistant for Professor Alexis Anderson and hopes to pursue a career in corporate transactional law.