OMB Watch is reporting that the Environmental Protection Agency (EPA) has proposed several changes to its regulation of chemicals that should improve the public's access to crucial information.

The proposed rule is the latest of several actions by the EPA to use its existing authority under the nation's primary chemical law, the Toxic Substances Control Act (TSCA), to improve the public's access to chemical data and prevent manufacturers from inappropriately hiding health and safety information as alleged trade secrets. 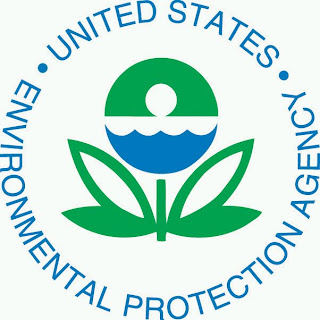 Chemical manufacturers and importers will apparently be required to report the information electronically. EPA will provide manufacturers with access to electronic reporting software and additional guidance on how to report electronically. Only one-third of reports were submitted electronically in the last reporting year, 2006, and EPA took over two years to validate the data submitted in paper or CD-ROM formats. A large number of errors were generated by entering data by hand into agency computers. By requiring electronic submissions over the Internet, EPA hopes to greatly reduce the reporting errors and get the data out to the public in a more timely manner.

Changes to the agency's treatment of trade secret claims have also been proposed in the rule. Currently, manufacturers are allowed to label data as confidential business information (CBI) with few limitations, which compels the agency to withhold such information from the public. EPA has acknowledged that the excessive use of CBI claims has hidden important information from the public and even from EPA offices. According to the EPA "The public would be better informed and better able to understand and provide meaningful comment on Agency actions if less information were unnecessarily or inappropriately claimed as CBI. The Agency would also be able to provide other public and private organizations and individuals with better information for making their own decisions."

The agency will place limits on what a manufacturer can label as CBI when submitting data under the IUR rule. EPA intends to prohibit use of CBI claims for the identity of a chemical listed in an IUR submission if the chemical identity is already publicly available on the public portion of the TSCA Inventory. EPA also proposes requiring upfront substantiation for CBI claims for processing and use information. Submitters would have to supply the agency with written explanations defending their CBI claims. Manufacturers have previously claimed data to be CBI even though the same data were available publicly elsewhere – such as on the company's website.

The recent proposed rule follows several other actions by EPA to limit perceived abuses by chemical manufacturers of trade secrets protections. In May, EPA issued a "general practice" restricting CBI claims on chemical identities that are part of a health or safety study. In January, EPA announced chemical identities could not be considered CBI when manufacturers submit information indicating a chemical substance or mixture presents a substantial risk of injury to health or the environment if the chemical identity is already on the public portion of the TSCA Inventory.

Members of Womble Carlyle's Environmental, Energy & Toxic Tort Litigation Practice Group engage in a variety of toxic tort and environmental litigation, ranging from acting as local counsel in specific cases to coordinating litigation nationwide. In addition, lawyers in the Group provide regulatory representation for a diverse range of industrial clients on current or potential enforcement and compliance issues.

We have defended numerous toxic tort cases concerning exposure to chemicals and environmental agents that lead to claims of...