AC Milan is one of Europe’s most decorated football clubs with seven European Cup/Champions League titles and 18 Serie A (Italian league) titles. However, the Rossoneri, as the club is affectionately known, recently came up against an unfamiliar opponent in an unfamiliar field of play, being in the General Court of the European Union (the General Court), following their attempts to register their club crest as a trademark.

In February 2017 the club filed an application for international registration, designating the EU, for the following logo claiming amongst other things stationery and office supplies in class 16: 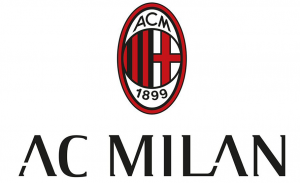 However in April 2017, an opposition was filed by the German stationery company InterES Handels und Dienstleistungs Gesellschaft mbH & Co KG (InterES) against the registration of the trademark application relying on a German trademark registration for the word mark, MILAN, that was filed in 1984 and registered in 1988, designating goods similar and identical to those referred to in AC Milan’s application. InterES offers various stationery products on its website including notepads, folders, pencils, scissors, compasses and paint sets featuring the MILAN mark.1

InterES contended that AC Milan’s mark would give rise to a likelihood of confusion on the part of the German public with its own mark were it to be registered. In its initial rulings the European Union Intellectual Property Office (EUIPO) Opposition Division and the Board of Appeal upheld InterES’s opposition in its entirety finding that the marks were sufficiently similar.

AC Milan appealed the EUIPO’s ruling to the General Court who made their decision on 10 November 2021. The General Court dismissed AC Milan’s appeal on three primary grounds:

In concluding, the General Court found that the conflicting signs had a high degree of aural similarity and that while the relevant public may perceive the “AC Milan” element of the mark to refer to the football club in the city of Milan the fact both signs refer to this city causes a likelihood of confusion. AC Milan had also tried to argue that the reputation of its mark would be renowned amongst the relevant public as it could be linked to the reputation of the football club.

However, the General Court found this argument entirely irrelevant stating that only the reputation of the earlier mark, and not that of the mark applied for, must be taken into account in order to assess whether the similarity of the goods is likely to give rise to a risk of confusion. Overall, the General Court found that the similarities of the two signs was sufficient to conclude a likelihood of confusion.

The ruling by the General Court contrasts starkly with the ruling by the Court of Justice of the European Union (CJEU) in the Messi v Massi case4 where the CJEU determined that Lionel Messi’s reputation could be taken into account for the registration of his trademark without any evidence of said reputation being provided when weighing up whether the public would be able to determine the uniqueness of Messi’s mark. The CJEU determined there was no likelihood of confusion between the EU word trademark MASSI, owned by a Spanish cycling brand with the MESSI mark due to Lionel Messi’s reputation meaning that there was no real likelihood of confusion.

While AC Milan were unable to establish that their reputation would be significant enough to distinguish their mark from that of InterES the CJEU determined the reputation of Messi outweighed the sign’s visual and phonetic similarities to that of MASSI. While reputation is a well-recognised concept in EU trademark law, as per Articles 8(5) and 9(2)(c) of the EU Trade Mark Regulations, it is often not a well-received argument by IP courts.

In its Messi v Massi decision the CJEU outlined that the reputation of Lionel Messi is not only prominent amongst football fans and sports followers but amongst a majority of people who are informed and reasonably attentive. Importantly the CJEU confirmed that even if a sign has a high degree of visual and phonetic similarity a strong intangible dissimilarity may be sufficient to prevent a finding of likelihood of confusion, such as reputation. Although the CJEU was quick to confirm such instances of reputation establishment will only arise in unique circumstances and are not expected to be a frequent occurrence to establish the distinctiveness of a mark.

The decisions highlight the difficulties for major sports brands and athletes in registering their trademark portfolios. They cannot expect to rely on their reputation alone amongst the general public to be able to register their marks and need to conduct significant due diligence for other similar marks that may exist and in turn look to distinguish the designs of their own marks from those that are already on the market. This involves the usual assessment of ensuring visual, aural and even phonetic uniqueness from other marks that may be deemed similar. Ensuring such distinctive features are obviously apparent in a mark will often pay dividends down the line through the eventual brand protection it facilitates.

Is it a Bird? Is it a Plane? No, it’s an Infringement of a Reputable Mark!
By
Simon Casinader
Ferrari Obtains New Guidance from The CJEU on Protection of Parts Under the Unregistered Community Design Regime
By
Serena Totino
Benefits and Considerations for Patent Prosecution under Patent Prosecution Highway in the U.S., Europe, China, and Singapore
By
Charles Huang
Registrability of Shape Marks and Technical Function of Complex Products:The Pirelli Case
By
Serena Totino
Advertisement

Niall Lavery is a trainee solicitor in the firm’s London office.