The Fourth Circuit recently affirmed the Maryland U.S. District Court’s holding that a borrower’s wife’s waiver of statutory rights, in loan restructurings, was enforceable.  Ballard v. Bank of America, 734 F.3d 308 (4th Cir. 2013).  The statute at issue in Ballard was the Equal Credit Opportunity Act (“ECOA”), specifically the provisions prohibiting discrimination on the basis of marital status.  Such provisions were originally enacted to halt credit discrimination against married women, to whom creditors historically refused to provide credit. 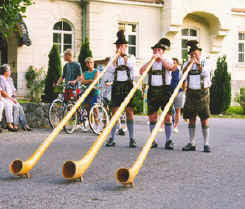 In Ballard, Plaintiff Kellie Ballard’s husband owned and operated a food-packing company (the “Company”), and in March 2008, Mr. Ballard entered into an agreement with Defendant, Bank of America (the “Bank”), to obtain a loan for his Company in the amount of $4,100,000.  Plaintiff, Mrs. Ballard, played no role in the ownership or operations of the Company, but the Bank required her to sign the loan agreement as a guarantor, guaranteeing “full and complete payment” of the loan and waiving “[a]ll rights of redemption” with respect to the property securing the loan.

In February 2009, the Company defaulted on the loan, and Mr. Ballard entered into a modified loan agreement with the Bank to restructure the debt.  The Company defaulted twice more, and additional debt restructuring agreements followed.  As with the original loan, the Bank continued to require that Mrs. Ballard guarantee each new agreement. Such restructuring agreements contained a comprehensive waiver, mandating that the Ballards waive “any and all” claims—past, present, or future—against the Bank.  The Ballards affirmed that they made such waiver after “actively and with full understanding” negotiating the agreement and “after consultation and review with their counsel.”

The couple’s home in Maryland and a winery in California secured the loans.  After the 2011 default, the Bank recorded consensual liens on both properties.

Mrs. Ballard filed the underlying action against the Bank in November 2012, alleging that the Bank violated the federal and state Equal Credit Opportunity Act (“ECOA”) by requiring her to serve as her husband’s guarantor.  The district court dismissed her claims with prejudice for failure to state a claim upon which relief could be granted, and held that regardless, waiver and limitations barred her claims.  The Fourth Circuit affirmed.

ECOA prohibits discrimination against a loan applicant on the basis of marital status, see 15 U.S.C. § 1691(a)(1) (2006) and specifically prohibits lenders from requiring a spouse’s signature on a loan agreement when the applicant individually qualifies for the requested credit.  See 12 C.F.R. § 202.7(d)(1) (2013).

There are exceptions to the rule, however, permitting lenders to obtain the signature of a borrower’s spouse on a loan agreement, including where:

Exception 3 “ensure[s] that a lender can acquire collateral co-owned by the borrower’s spouse in the event that the borrower defaults.”  Ballard, 734 F.3d 308.

The Fourth Circuit started it analysis by acknowledging that it was assuming, without deciding, that guarantors qualify as applicants for purposes of ECOA—an issue upon which the Federal Reserve Board regulations and Judge Posner have differences of opinion.  The Court stated that it made this assumption because resolution of the issue was not determinative in this case.

The Plaintiff conceded that her guaranty regarding property co-owned with her husband would have been permissible, but she objected to the “unlimited” liability on the debt to which she agreed.

The Court found that none of the above-listed exceptions applied to the Bank’s requiring Plaintiff to sign, because “although ECOA permits lenders to require a borrower’s spouse to relinquish her interest in co-owned collateral, it appears to prohibit lenders from demanding that a spouse guarantee the full loan without first appraising the borrower’s creditworthiness” and cited case law to support this conclusion.  Id. (emphasis added); see Riggs Nat’l Bank of D.C. v. Linch, 36 F.3d 370, 374 (4th Cir. 1994).  Thus, the Court concluded that the Bank may have violated ECOA by requiring Plaintiff to sign as an unlimited guarantor without first determining that her husband was not creditworthy, but stated that it did not have to resolve this question.  Rather, the Court found that Plaintiff’s claim failed on the grounds that she waived “any and all” claims against the Bank, including those arising under ECOA, in the four loan restructuring agreements she executed with the Bank upon the Company’s defaults.

The Court, analogizing to claims made under Title VII,  distinguished between a bank requiring a prospective waiver of a borrower/guarantor’s ECOA rights, as a precondition for providing a loan (likely impermissible) and a bank requiring a waiver of ECOA rights as a condition to a favorable loan restructuring, which the Court found permissible.  While the former would permit a bank to circumvent ECOA, the latter “merely affords both parties a negotiated benefit: a means of escaping default for the borrower, and protection against future claims for the lender.”  Ballard, 734 F.3d 308.  Moreover, the Court explained, “refusing to enforce waivers attendant to refinancing could well harm borrowers like the Ballards, since a lender would be reluctant to work with a borrower to restructure a loan after a default if the lender knew that a waiver would not be enforced.”  Id.  In sum, the very waiver Plaintiff opposed in this case is one of the waivers that enable defaulted borrowers to restructure loans with their lenders.  And according to the Fourth Circuit, such waivers are enforceable.

To read the full opinion, use the link below.