At issue in the complaint is U.S. patent no. 7,281,285 owned by PMD for a pediatric emergency transport device. One supposed improvement of the invention was eschewing the use of straps or belts as a means for securing a pediatric transportation device to a conventional stretcher.  In the complaint, PMD alleged that IMMI’s “SafeGuard” Transport infringed all four claims of the ′285 patent. On the other hand, IMMI denied infringement and counterclaimed for a declaratory judgment of noninfringement and invalidity. 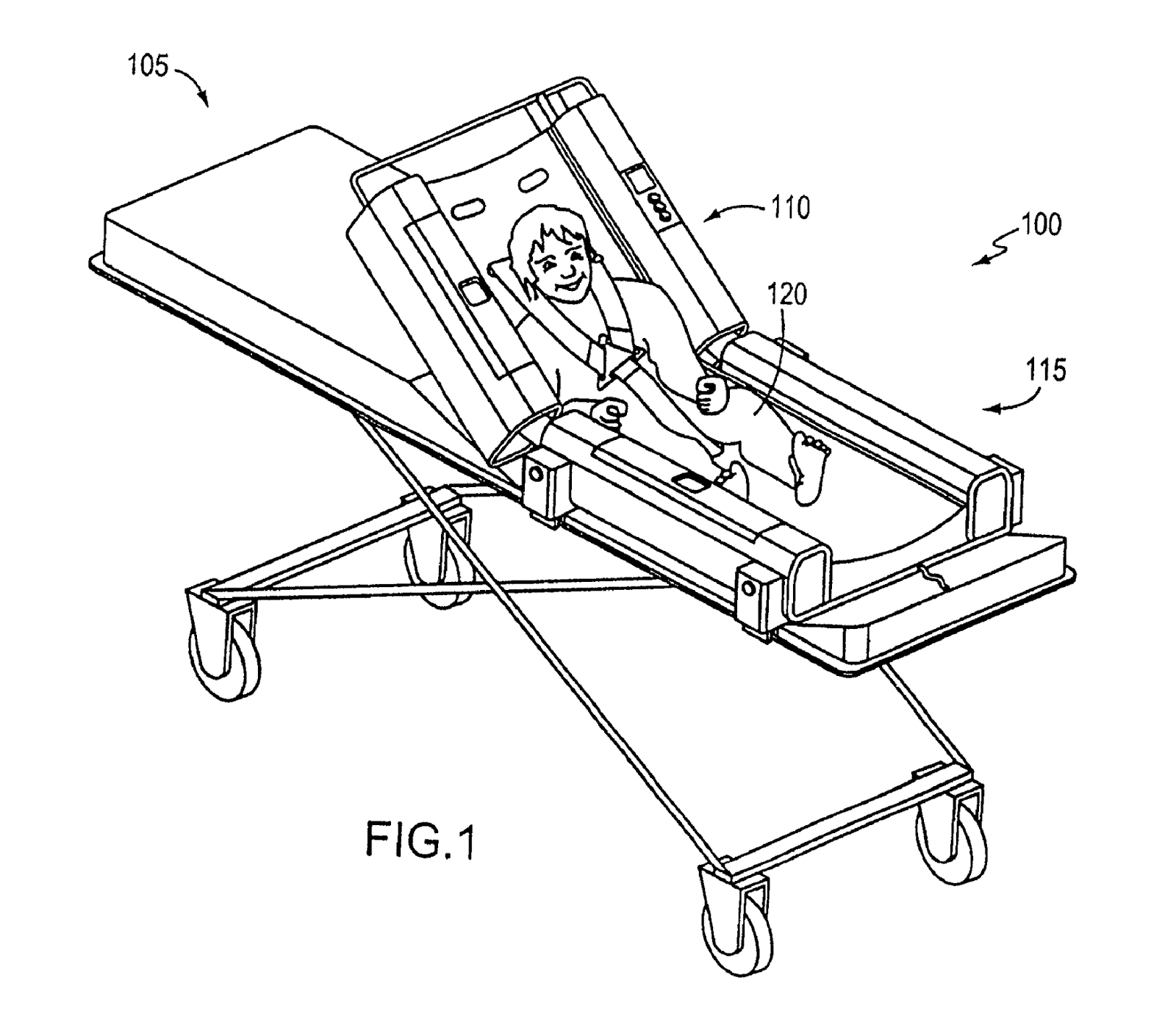 The focus in the case was on the attachment limitation of claim 1 which reads: “said pediatric emergency transport device being operatively adapted for attachment to and detachment from a conventional stretcher.” The court defined the scope of this limitation after the February 13, 2013 Markman hearing, granting a claim-construction order giving the claim the following reading: “said pediatric emergency transport device designed and configured to attach to and detach from a conventional stretcher without the use of straps or belts.” The construction was then affirmed after PMD moved for reconsideration.

Given the construction above, IMMI moved for summary judgment on May 28, 2013 arguing that the accused device does not infringe the ′285 patent because it attaches to a conventional stretcher with the use of straps (joined together with a hook and bracket mechanism).

PMD's primary arguments were that the accused product infringes because it “uses a hook and bracket mechanism that merely incorporates a strap component to attach to and detach from a convention stretcher.”  And that that the hook and bracket structure that incorporates a strap element is not a strap because it is “part of the [accused] device’s design” or “its operation,” and it is “‘operatively adapted’ for attachment to and detachment from a conventional stretcher” because it is “particularly sized and positioned for engagement with the rails of a conventional stretcher” and “designed and configured to engage with stretchers of various sizes as part of [their] operation.” IMMI’s device, PMD concludes, literally reads on the attachment limitation.

However, the court was not convinced by that argument, instead stating the following in the December 2, 2013 order granting summary judgment: “[i]n light of the claim-construction order, the accused product infringes the ′285 patent only if it is designed and configured to attach to and detach from a conventional stretcher without the use of straps or belts… how the straps are secured in order to fasten the accused device to the stretcher is irrelevant… Thus, PMD’s attempt to shoehorn the accused product’s straps within the attachment limitation fails because it rests on a meaning of straps that is different from that which a person of ordinary skill in the art at the time of the invention would assign to it.”  In particular, they find summary judgement appropriate because “‘no reasonable jury could find every limitation recited in the properly construed claim . . . is . . . found in the accused device either literally or under the doctrine of equivalents.’” [1]

Jonathan Howell is an attorney with the Intellectual Property Practice Group and the Mechanical Patent Team in Womble Carlyle’s Atlanta office. Jonathan regularly assists clients with various phases of obtaining protection for their intellectual property.

Jonathan has experience in performing patent searches and in drafting patent applications and responses to Patent Office Actions, both in the United States and abroad.  He has represented clients in a broad scope of industries including product packaging,...