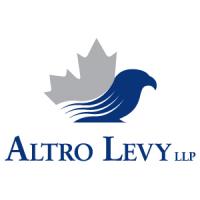 Leaving on a Jet Plane…But First, as an Expatriate, Have You Paid Your US Exit Tax?

For whatever the reason, each and every day people make the decision to move away from their native country to pursue a life elsewhere. Whether it is a dual citizen looking to give up their passport of one country, or someone looking for a fresh start, the tax implications of being an expatriate are a complicated minefield to navigate.

The reality is not all US expatriates need to worry, only those considered to be “Covered Expatriates”, under the Internal Revenue Code (“IRC”) rules. These people must take careful consideration of expatriate taxes, among other possible issues, before packing their bags to determine if the cross border tax and estate planning implications of leaving are worth the final destination.

Anyone thinking about leaving the United States permanently must first see if they meet any of the criteria of the IRC Tax Liability Test (the ”Test”). First, what was the expatriate’s average annual net taxable income over the last five years? If the answer is greater than $151,000, then that person will meet the Test and be considered a Covered Expatriate. Secondly, even if the income of our expatriate falls below this exempted limit, they may still be caught under the Test and considered a Covered Expatriate should their net worth be in excess of $2,000,000 on the date of US expatriation. Another test is used to determine the value of ones beneficial interest held in a trust, which will form part of their net worth.

Unfortunately, even if one doesn’t meet any of the criteria of the Test, there is still an additional hurdle to overcome. Has the expatriate met all their US tax liabilities over the last five years? If the answer is no, filing back returns will be a must before loading the U-Haul. The US government will require all expatriates to file IRS form 8854, which under the penalty of perjury the expatriate must attest to satisfying this requirement.

There are of course always exceptions to the rules. Even Covered Expatriates can slip away without any tax consequence. A dual citizen expatriating, who became a US citizen at birth, along with that of another country, will be exempt from tax liability if (1) the expatriate is still a taxed citizen of that other country on the date of departure and (2) the expatriate has been a US resident for no more than 10 of the last 15 years. Another example would apply to those looking to expatriate before attaining the age of 18 years 6 months. In this case, provided the expatriate has been a resident for no more than 10 years, departure can be achieved without much consequence. In both examples, residence is based on the Substantial Presence Test found under Section 7701(b)(3) of the Internal Revenue Code.

The United States also has many resident taxpayers who are not citizens, but merely green card holders. These green card holders can also be considered expatriates if they decide to no longer be a resident of the US and have had a green card for at least 8 of the last 15 tax years. When calculating the number of years one held a green card, it is important to note that holding a green card for any period of time in a calendar year will constitute a full year for the purpose of this test.

It is important to seek the appropriate advice before simply leaving the US. Cross border tax and estate planning advice is essential. Determining whether one is a Covered Expatriate is important, as all Covered Expatriates are subject to the Exit Tax rules and tax, depending on the extent of their accrued capital gains. A proper analysis would be needed to determine exactly what the Exit Tax would be.

Pack the U-Hual, get on that jet plane, even if you don’t know whether you’ll be back again, but first make sure you’re really ready to leave.

Mr. Ansel earned his civil and common law degrees, LL.L. and LL.B., with distinction, from the University of Ottawa in 2008 and 2009 respectively, and he has passed both the Quebec and Ontario Bar exams.