According to three consecutive suits filed on October 26, 2012 in the Atlanta Division of the Northern District, since 1998 Mark Rice d/b/a Games to Remember has been the purveyor of a board game for children 4 to 10 years old known as the FUNKY MONKEYS®, for which he obtained a federal registration (No. 2,534,485) on January 29, 2002.  The game promises the opportunity to players to “BE THE TOP BANANA.”  The three complaints each seek an injunction and accounting for profits based on federal trademark infringement, federal unfair competition under the Lanham Act, and Georgia common law unfair competition.  The three defendants are Petedge Inc. of Massachusetts, Designed 2B Sweet Inc. of California, and Flipo Group Ltd. of Illinois.

In addition to his creativeness and entrepreneurial skills, Mr. Rice demonstrates in his pro se complaints a comfort with legalese and statutory citations going far beyond those normally associated with authors of rules for children’s games.  With these three suits Mr. Rice is seeking to limit commercial Funky Monkeys in the U.S. environment to the particular species he created in 1998.

The FUNKY MONKEYS board game is marketed nationally and has been sold for more than a decade at major retailers, including Sears and FAO Schwartz, according to the complaints.  The board game box appears below: 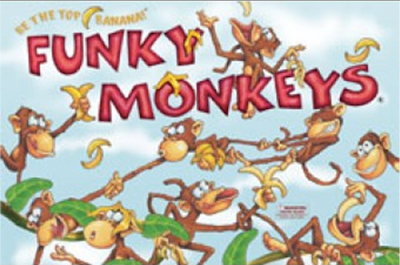 In the suit against Flipo, Mr. Rice identified the “Crazy Critters Freddie the Funky Monkey,” which was being offered for sale for $19.95.  In preparing this blog post and viewing the Flipo website, it appears that Freddie has undergone a name change, as shown from the reproduction from the Flipo website shown below: 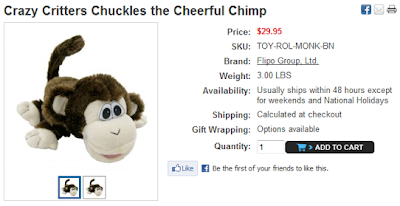 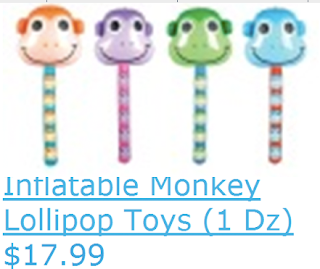 In contrast to the defendants in the other two suits, Petedge has not removed its Zanies Funk Monkeys Dog Toys from its website as of the writing of this blog post.  It is however offering a special price of $2.99 for a product about which it states:  “Dogs will go bananas for these adorable Zanies® Funky Monkeys.”  A picture of the Petedge product from the website is set forth below: 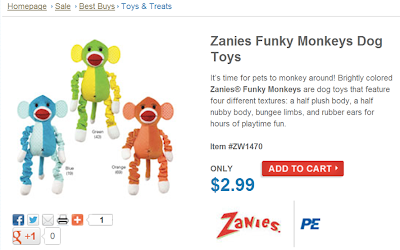 While Mr. Rice has certainly delivered a message that he does not want others monkeying around with his trademark, it is not yet clear whether Petedge will eventually heed that message.

The cases, each filed on October 26 in the U.S. District Court for the Northern District of Georgia, Atlanta Division, and each assigned to Chief U.S. District Judge Julie E. Carnes, are: