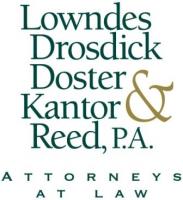 It is well known in the patent world that a fundamental issue facing plaintiff/patentees in patent infringement cases is the judicial forum in which litigation occurs. In selecting among available forums, multiple factors must be considered. Over the past decade, forums such as the Eastern District of Texas, the Northern District of California and the District of New Jersey have gained a reputation as being “plaintiff-friendly.” However, what may be surprising is that two recent studies have shown that the Middle District of Florida, which includes Orlando, ranks among the most “plaintiff-friendly” forums for patent infringement cases.

The first study, by Professor Mark A. Lemley of Stanford Law School, is a draft report on patent forum shopping entitled "Where to File Your Patent Case" (available online at http://ssrn.com/abstract=1597919). Professor Lemley conducted his study using the Stanford IP Litigation Clearinghouse database to rank the 25 most-active district courts in the U.S. In his study, Professor Lemley employs various metrics and suggests that three primary factors should influence a patentee’s choice of forum: likelihood of winning, likelihood of getting to trial, and speed of getting to trial. A summary of some of his results are as follows:

According to Professor Lemley, the Middle District of Florida “is the only district that is in the top ten in every measure.”

The second study, performed by Price Waterhouse Coopers (available online at http://www.pwc.com/us/en/forensic-services/publications/2009-patent-liti...), also ranked the Middle District of Florida as a top forum for plaintiff/patentees. According to PWC, after “considering median time-to-trial, median damages awarded, and trial win rates, certain jurisdictions emerge as being more favorable venues for patent holders.” The top ten districts based upon an average of their respective rankings for each of the three statistical measures from 1995-2008 are:

Again, while many factors must be considered in deciding where to file a patent litigation case, the cited studies contain a statistical surprise. The Middle District of Florida has historically been overlooked by plaintiff/patentees in their choice of forum. With the Federal Circuit increasingly reversing the rulings of the Eastern District of Texas, one must wonder whether the Middle District of Florida will become the future hot spot for patent cases and become a “litigation destination.”

Our Intellectual Property Litigation Practice is a dedicated team of attorneys who handle all aspects of intellectual property disputes including patent, trademark and copyright infringements, as well as...