National Photo Group Brings Copyright Suit to Protect Interests in Photos, Including Those that Contributed to Ending the Marriage of Jason Aldean and Jessica Ussery

The complaint alleges that L&L Broadcasting, LLC (L&L), is displaying photos on its website for which National Photo Group (NPG) holds issued or pending copyrights.  NPG accuses L&L of attracting more viewers by use of the infringing photos and profiting from advertising sold to third parties.

NGP identifies its Copyright Application 1-830916271 relating to a photo of Jason Aldean getting “cozy” with Brittany Kerr, which was taken in Californai on September 26, 2012.  A copy of the photo obtained on the Internet appears below: 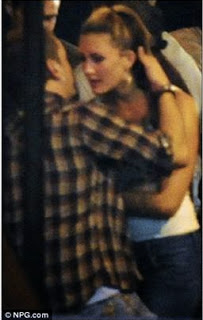 The case parallels an earlier case:  National Photo Group, LLC v. Transworldnews, Inc., No. 1:13-cv-03095-TCB, filed 9/16/13 in the U.S. District Court for the Northern District of Georgia, assigned to  U.S. District Judge Timothy C. Batten, Sr.  (The Transworldnews case involves the same photograph but only one count of copyright infringement was alleged.)