Patent Infringement Complaint Seeks To Fence Competitor Out Of Field

The ‘332 patent addresses a fencing apparatus and method of manufacturing.  Below are two figures selected from the patent showing its connection concealing feature:

The ‘965 patent addresses a sliding pivotal connection that permits the attachment of fence posts at greater elevation differences than accomplished by the prior art.  Below are two figures selected from the patent showing the great angles permitted by the invention. 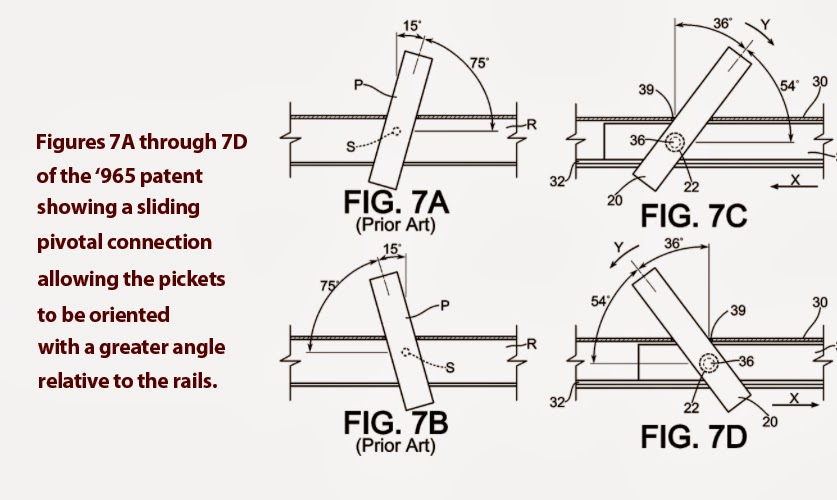 The case is Barrette Outdoor Living, Inc. v. Porcelen, Limited, Connecticut, LLC, No. 2:14-cv-00045-WCO, filed in the U.S. District Court for the Northern District of Georgia, Atlanta Division, on March 5, 2014, and is assigned to Judge William C. O’Kelley.