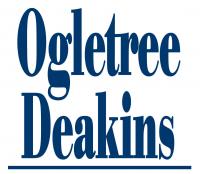 Physician Staffing Issues and Employment-Related Lawsuits: A Litigation Epidemic in the Making?

There is no doubt that the direct employment of physicians by hospitals and healthcare institutions has increased at an astonishing rate over the past two years. Both the recessionary economy and declining reimbursements have prompted many physicians to seek closer relations with hospitals, and have motivated hospitals to search for ways to maximize their patient care options. However, like any new relationship, this one should not be entered into lightly, without a careful look at the ramifications of adding highly compensated individuals to a group entitled to the many rights and privileges allocated to “employees” under federal and state laws.

Maria Greco Danaher regularly represents and counsels companies and healthcare entities in employment-related matters.  Her area of emphasis is employment litigation, including both administrative claims and matters in federal and state courts. She also specializes in training, counseling, and advising human resource departments and management on employment-related topics, and regularly counsels clients on, and assists in developing, written policies and procedures related to employment issues.

In addition to her litigation...