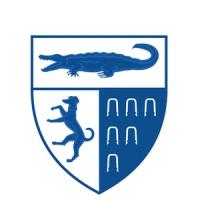 Saxton v. FHFA - Have FHFA and the Treasury Exceeded Their Limited Authority under HERA?

Earlier this month, a new front was opened in the legal campaign by investors against the federal government’s (mis)management of mortgage giants Fannie Mae and Freddie Mac. In the latest salvo, Saxton v. Federal Housing Finance Authority (FHFA), individual investors from Iowa filed suit to stop the government from syphoning private property into the U.S. Treasury’s coffers. This most recent litigation effort seeks to reign in the federal government as it subverts the rule of law.

Like every major financial firm in the U.S., Fannie and Freddie found themselves in acute financial distress during the financial crisis of 2007-2008. A root cause of this crisis was the collapse of the real estate market, which caused record mortgage defaults. This, in turn, made investors unwilling to buy the securities that Fannie and Freddie sold. At the height of the crisis the federal government moved in and bailed out both, injecting over time approximately $117 billion into Fannie, and $70.5 billion into Freddie, receiving in return rights to own 79.9% of the companies’ common shares – with the remainder in private hands.

Freddie and Fannie returned to profitability during the second quarter of 2012. Soon thereafter in August 2012, the government changed the terms of the bailout to “sweep” all of Fannie and Freddie’s profits back to the Treasury in the form of dividends – effectively making the companies’ debt infinite and wiping out the private shareholders. Against the bailout of $187.5 billion, Washington recouped over $228 billion from Fannie and Freddie by early 2015.

Unsurprisingly, the remaining shareholders sued, arguing that the government was supposed to return the mortgage giants “to a sound financial condition,” not divest them of all assets. There have been setbacks. Notably, last fall, Fairholme and Perry were dismissed by Judge Lamberth of the U.S. District Court for the District of Columbia, thereby sustaining the 2012 full dividend “sweep.”

But this is far from the end of the legal battle. Perry Capital appealed the ruling while Fairholme Funds remains in discovery at the U.S. Federal Claims Court. And the new Saxton suit injects additional vigor into the challenge.

In a carefully articulated complaint, Iowa investors Thomas Saxton, Ida Saxton, and Bradley Paynter claim that the FHFA and Treasury a) systematically exceeded their limited authority under the Housing and Economic Recovery Act (HERA), b) acted arbitrarily and capriciously, beyond the normal standards of administrative law, and, c) breached good faith and contractual obligations to the private shareholders of Fannie and Freddie.

Unlike earlier suits, many of which focused on constitutional claims, the Saxton complaint astutely focuses on FHFA’s statutory breaches – in particular the unprincipled actions in excess of the authority conferred by HERA. Although Fannie and Freddie were never necessarily insolvent, HERA sought to stabilize the unprecedented turbulence in the housing market. Accordingly, FHFA used authority under HERA to send the two companies into conservatorship.

Via this route, the FHFA believed it would be able to avoid challenges from shareholders that it was confiscating private wealth. As conservator, the FHFA’s duty is to conserve the companies’ assets for the benefit of the common and preferred shareholders with the expectation that the companies will return to sound condition in the future. Specifically, under section 1145 of HERA, the FHFA may “take such action as may be — (i) necessary to put the regulated entity in a sound and solvent condition, and (ii) appropriate to carry on the business of the regulated entity and preserve and conserve the assets and property of the regulated entity.”

When asked about mortgage giants Fannie Mae and Freddie Mac, Melvin Watt, director of the FHFA, said “I don’t lay awake at night worrying about what’s fair to the shareholders.” Flaunting his legal responsibilities, Watt continued, “My responsibility is to think about how can I do what is responsible for the taxpayers.” This is fundamentally the wrong approach.

The courts have another chance to get things right this time around. Saxton provides another forum in which to correct where the U.S. District Court for the District of Columbia likely went wrong last fall.

Although the political winds of the moment may make it seem popular to seize these assets and ignore the claims of Fannie and Freddie’s shareholders, we cannot lose sight of the longer term ramifications. The precedent set by the FHFA is contrary to prior practice, will make long-term private sector investing a riskier proposition and will make capital access for housing less accessible, not more.

Saxton provides another opportunity to block the federal government from stripping private citizens of their assets to achieve its own political objectives.

Political expediency should not flout the rule of law.

Logan Beirne is a Lecturer in Law and Fellow, Information Society Project, at Yale Law School. He is also the chief executive officer of Matterhorn Transactions, Inc., a legal information services company that provides transaction term language and market trend analytics to law firms across the US, UK, and Canada. Previously, he was an associate at Sullivan & Cromwell LLP.

A Fulbright Scholar at Queen¹s University, Logan earned a J.D. from Yale Law School. His book Blood of Tyrants: George...