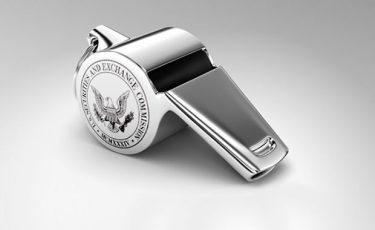 Second, Rule 21F-2(b)(1)(iii) expressly provides that “[t]he anti-retaliation protections apply whether or not [an individual] satisf[ies] the requirements, procedures and conditions to qualify for an award.”

Third, the SEC’s construction of Dodd-Frank whistleblower protection is driven by the policy goals and intent of the SEC whistleblower reward program:

The SEC’s interpretation of Dodd-Frank’s anti-retaliation provision recognizes that absent robust whistleblower protection, corporate insiders will be reluctant to report fraud and other securities law violations to the SEC. Fortunately, the SEC has recently taken concrete steps that send a strong message about the SEC’s commitment to protecting whistleblowers. For example, the SEC took administrative action against KBR for requiring employees to sign confidentiality agreements that could impede employees from reporting violations. And the SEC took enforcement action against Paradigm, a hedge fund advisory firm, for whistleblower retaliation and for engaging in prohibited principal transactions. According to the order, Paradigm retaliated against its head trader for disclosing internally and to the SEC prohibited principal transactions with an affiliated broker-dealer while trading on behalf of a hedge fund client. The transactions were a tax avoidance strategy under which realized losses were used to offset the hedge fund’s realized gains.

The SEC’s demonstrated commitment to protecting whistleblowers will go a long way in ensuring the continued success of the Dodd-Frank whistleblower reward program, which has already proven very effective in combatting securities fraud.