Exchanges of information between competitors—particularly pricing information—is inherently suspect under the antitrust laws.

RealPage, Inc., a real estate software and data analytics company, is facing class action litigation and a federal investigation over whether it is facilitating a data-driven rental property cartel with landlords and property managers, driving up the prices renters pay each month.

A federal antitrust class action complaint has been filed against the company and several of its property management clients in federal court in San Diego on behalf of renters who claim they paid inflated rental prices as the result of the defendants’ conspiracy to stifle competition (Bason, et al. v. RealPage, Inc., et al., No. 3:22-cv-01611-WQH-MDD, S.D. Calif., Oct. 18, 2022).

The complaint alleges the defendants used RealPage’s “revenue management” service to fix supra-competitive rental prices and restrict the supply of available rental units in major metropolitan areas across the United States. The alleged conspiracy has injured the plaintiffs and thousands of renters across the country, the complaint says.

Founded in 1998 and headquartered in Richardson, Texas, RealPage was a public company from 2010 until 2020, when it was purchased by private equity firm, Thoma Bravo, in a transaction that valued the company at approximately $10.2 billion. The other defendants are some of the largest owners and managers of rental property in the United States.

RealPage says its platform “enables real estate owners and managers to change how people experience and use rental space.” Clients use it to “gain transparency into asset performance, leverage data insights and monetize space to create incremental yields.” RealPage says it serves more than 19 million units worldwide from offices in North America, Europe, and Asia.

RealPage has not yet responded to the complaint but has denied the allegations publicly and promises a vigorous defense. 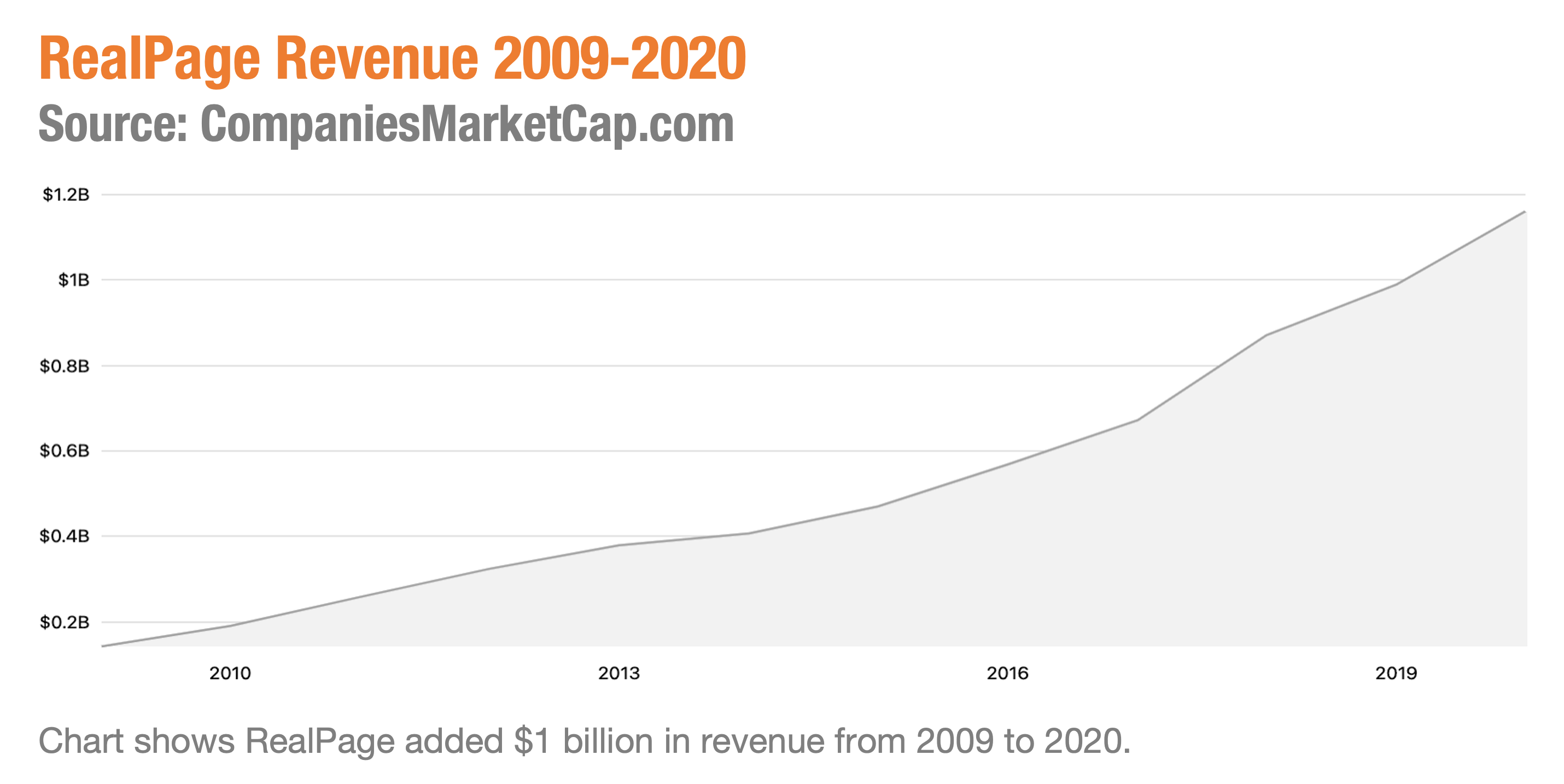 RealPage has also captured the attention of the Antitrust Division of the Justice Department, particularly the company’s 2017 acquisition of its largest competitor, Lease Rent Options (LRO), for $300 million. RealPage made other acquisitions that year, including Axiometrics, an apartment market data provider, for $75 million, and On-Site Manager, Inc., a leasing and marketing platform company, for $250 million.

Three senators urged DOJ by letter to investigate RealPage after receiving a report from the investigative journalism publisher ProPublica in mid-October. The publisher said it documented how RealPage’s price-setting software “uses nearby competitors’ nonpublic rent data to feed an algorithm that suggests what landlords should charge for available apartments each day.” ProPublica raised the question whether the algorithm is enabling violations of antitrust laws by allowing landlords to coordinate prices and in the process pushing rents above competitive levels.

Upon receiving the ProPublica report, Senators Amy Klobuchar (D-MN), Dick Durban (D-IL) and Cory Booker (D-NJ) wrote to the DOJ expressing concern that the “use of this rate setting software essentially amounts to a cartel to artificially inflate rental rates in multifamily residential buildings.” ProPublica credited The Capital Forum with first reporting on the subsequent DOJ investigation.

Sen. Sherrod Brown (D-OH) wrote to the Federal Trade Commission with his concerns as well. “Renters should have the power to negotiate fairly priced housing, free from illicit collusion and deceptive pricing techniques. Recent reporting raises serious concerns about collusion in the rental market, and the FTC should review whether rent setting algorithms that analyze rent prices through the use of competitors’ private data ... violate antitrust laws.” The Ohio senator specifically mentioned RealPage’s YieldStar and AI Revenue Management programs.

In 2018 RealPage agreed to pay $3 million to settle FTC charges that the company failed to take reasonable steps to ensure the accuracy of tenant screening information that it provided to landlords and property managers, a violation of the federal Fair Credit Reporting Act that caused some potential renters to be falsely associated with criminal records.

The allegations in the complaint describing a kind of algorithmic price fixing, in which the antitrust violation occurs when multiple competitors access the same database platform and analysis tools. Exchanges of information between competitors—particularly pricing information—is inherently suspect under the antitrust laws.

The legal issue here will be whether the algorithmic process based on information from competing suppliers constitutes joint profit maximization.

When competitors set their prices jointly—rather than individually—they commit the “supreme evil of antitrust.” Whether joint price setting is accomplished through the functionality of a database platform or by conventional means makes no difference, price fixing is unlawful per se.