The Medicare Payment Advisory Commission (“MedPAC”) met in Washington, DC, on October 5-6, 2017. The purpose of this and other public meetings of MedPAC is for the commissioners to review the issues and challenges facing the Medicare program and then make policy recommendations to Congress. MedPAC issues these recommendations in two annual reports, one in March and another in June. MedPAC’s meetings can provide valuable insight into the state of Medicare, the direction of the program moving forward, and the content of MedPAC’s next report to Congress. 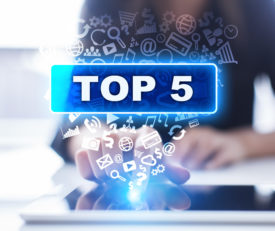 Five biggest takeaways from the October meeting are as follows:

This past summer, MedPAC identified several large health programs, Medicare beneficiaries, primary care physicians, and home health agencies to survey with the goal of better understanding their use and attitudes toward telehealth.  Results of this survey show that despite the success of certain telehealth programs for health plans (e.g., telestroke, telemental health) and the increased use of telehealth services among home health agencies, many of those surveyed believe that telehealth provides convenience and improves care only in limited circumstances.  There appears to be a consensus among plans, providers, and beneficiaries that there is little incentive to employ direct-to-consumer (“DTC”) telehealth services.  Even health systems that use telehealth services for pre-operation and follow-up visits, and observed reductions in hospital inpatient readmissions, reported that telehealth services are only financially justified if they help avoid Medicare’s inpatient readmission penalties.  Among surveyed beneficiaries, a majority reported that they are unlikely to use DTC telehealth services because they already have access to their normal physicians via email and telephone.  The beneficiaries’ reported that their primary concern is DTC services only provide them access to random physicians who would not be familiar with their medical histories.  Primary care physicians (“PCPs”) appeared to be concerned that DTC services would only add to their already burdened caseloads.  This sentiment seems founded in PCPs’ reports that electronic medical record systems add time and technical complications to their days instead of simplifying or making their jobs more effective or efficient.

The health plans surveyed by MedPAC cited various factors they believe hinder adoption of telehealth services, such as: federal and state regulations that limit Federal health care program coverage of telehealth services according to geographic locations or originating sites; the elimination of broadband subsidizing programs; and a perceived increased in administrative burden (i.e., complicated Medicare billing practices, required licensing for telehealth clinicians in each state, and credentialing telehealth providers for each facility.)  The health plans’ responses also suggest that state laws that mandate payment parity between in-person and telehealth services are more likely to encourage expansion of telehealth use than laws that merely mandate coverage parity between the two.

Interestingly, MedPAC’s findings do not indicate a significant difference between Medicare and commercial health plans in telehealth utilization and coverage.  The majority of health plans reported less than 1% of their plan enrollees using some form of telehealth service during the year.  The highest reported use was still less than 5% of enrollees.

Unlike Medicare, commercial health plans are more likely to cover urban-originating sites. However, only approximately half of the surveyed plans cover a patient’s residence as an originating site.  MedPAC found the most commonly covered telehealth services are basic Evaluation and Management (E&M) physician visits, mental health visits, and pharmacy management visits, but few cover a broad range of telehealth services.

The MedPAC report demonstrates that commercial health plans do not implement telehealth services to reduce costs, but rather to keep up with competitors who offer these services.  However, while the plans also did not report actual reductions in costs resulting from telehealth services, they did report improvements in convenience and access and increased telehealth use would eventually translate into cost reductions.

MedPAC proposed a drastic policy change to the Medicare Access and CHIP Reauthorization Act (“MACRA”); specifically to its Merit-Based Incentive Program (“MIPS”). MedPAC is concerned that the MIPS will not achieve the goal of identifying and rewarding high-value clinicians because it is overly complex and places an excessive burden on clinicians who wish to comply with reporting standards. Moreover, MedPAC states that the measures used are not proven as associated with high-value patient care or improved patient outcomes. Finally, because clinicians choose on which measures they are evaluated, each clinician’s composite score is comprised of performance on different measures. This leads to inconsistencies in how clinicians are compared to each other, and therefore inequities in their payment adjustments.

Given the above, MedPAC proposed a policy option to eliminate individual-level reporting requirements of the MIPS and to establish a voluntary value program in its place. The new voluntary value program would encourage fee-for-service clinicians to join other clinicians and assume responsibility for the health outcomes of their collective patient panels. Clinicians would have the option of being measured as part of a larger group, comprised of other clinicians in their area or affiliated hospitals. Moreover, population-based measures would easily be extracted from the claims submitted by the clinicians – significantly reducing their reporting burden.

MedPAC is considering formalizing this policy proposal as a draft recommendation in December.

MedPAC proposed two policy approaches to limit the use of Physician-Owned Distributors (“PODs”) through the Stark law. PODs currently operate under the indirect compensation exception and “per unit of service” rule of the Stark law, which allows their business model to avoid self-referral liability. However, MedPAC is concerned that this “loophole” contradicts the spirit of the law because it has the potential to influence care based on financial incentives.

To address the concerns regarding the effect of these policy changes on medical device innovation, MedPAC proposed an exception for large, publicly traded PODs and for PODs that meet specified, limited criteria – for example, if less than 40% of a POD’s business is generated by physician-owners.

If Congress, or more likely, CMS, implements these changes to the Stark Law, hospitals will have a strong incentive to monitor their supply chain to avoid denial of payment and False Claims Act liability. Further, although such changes would limit PODs, some PODs would likely survive on the ability to sell to non-DHS entities, such as ambulatory surgical centers.

MedPAC discussed the continuation of its efforts for a Post-Acute Care (“PAC”) unified payment system. Specifically, MedPAC addressed two important implementation efforts: 1. the effect of sequential stays in PAC on payment; and 2. how to align the relevant regulatory requirements with the new payment system.

The unified payment system would make payments based on patient characteristics rather than patient settings. As a result, sequential PAC stays in different settings would present challenges to accurate payment. MedPAC wants to ensure that the new payment system would not inadvertently shortchange or influence the care that beneficiaries receive. As such, MedPAC plans to examine the cost of stays over the next year, comparing the length of initial stays and the length of later stays, and to consider policies that adjust payments to more accurately reflect the cost of care.

Similarly, regulatory requirements would need to be reformed to align with a new unified PAC payment system. MedPAC proposed various possibilities, such as eliminating the 25-day average length of stay requirement for long-term care hospitals or eliminating the 60% rule for inpatient rehabilitation facilities, as payment would no longer be based on the setting of the care provided.

MedPAC will conduct research on the implementation of a PAC unified payment system in the coming months for inclusion in the June 2018 report.

[1] MedPAC did not include fee-for-service plans in its report.

No Surprises: New Balance Billing Regulations for Health Care Providers [PODCAST]
By
Don P. Walker
What Employers Need to Know About COVID-19 Vaccine Requirements in the Workplace
By
Richard L. Rainey
FDA and FTC Coordination Appears to Be Escalating
By
Joanne S. Hawana
Reminder: The COBRA ARPA Subsidy Expires September 30, 2021, and With It Comes One Last Deadline
By
Matthew J. Feery
Advertisement

DANIEL KIM is an Associate in the Health Care and Life Sciences practice, in the Washington, DC, office of Epstein Becker Green. He will be focusing his practice on FDA marketing approval of medical devices and pharmaceutical, reimbursement and compliance matters affecting health care medical device manufacturers, telehealth and telemedicine, HIPAA privacy and security, regulatory health care due diligence, and compliance issues.

OLIVIA SERAPHIM is an Associate in the Health Care and Life Sciences practice, in the Washington, DC, office of Epstein Becker Green.