On September 27, 2013 Ironburg Inventions, Ltd. (“Ironburg”) of Somerset, Great Britain, and Scuf Gaming International, LLC (“Scuf Gaming”) of Atlanta, Georgia, the company through which Ironburg conducts business in the United States, filed a complaint against Playrapid EURL (“Playrapid”) of Tarascon, France and its subsidiary corporation BURN Controllers (“BURN”) also of Tarascon, France.  The complaint was filed in the United States District Court for the Northern District of Georgia and alleged patent infringement of two of Ironburg’s patents - U.S. Patent Nos. 8,480,491 (“the ‘491 patent”) and D677,892 (“the ‘892 design patent”), both entitled “GAME CONTROLLER.” 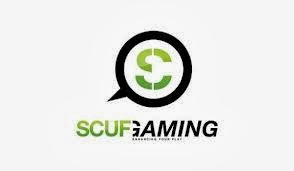 Both Scuf Gaming and BURN are in the custom video game equipment business, one aspect of which is custom game controllers.  According to the complaint, the companies have manufactured, sold, and/or offered for sale gaming controllers within the Northern District of Georgia and elsewhere.  The ‘491 patent and the ‘892 design patent issued to Ironburg on July 9, 2013 and September 25, 2012, respectively.  The complaint alleges that Scuf Gaming is the exclusive licensee of both patents in suit.

The ‘491 patent involves features that improve performance of video game controllers, such as the types of controllers used for the well-known Xbox or Playstation gaming consoles.  In short, the patent describes the invention as an improved trigger feature that allows for calibration or customization of trigger control.  By adjusting a screw, the user can set the minimum and maximum displacement of a trigger button on the gaming controller.  By appropriately setting displacements, this feature provides a number of benefits to the user such as enabling more rapid trigger button pressing or more accurate throttle or brake control.

Scuf Gaming alleges that gaming controllers manufactured and sold by BURN contain features and design that are substantially similar to features claimed by the ‘491 patent and the design claimed by the ‘892 design patent.

Because Ironburg and BURN are already involved in litigation disputes in France, the plaintiffs further allege that the infringement of the ‘491 patent and the ‘892 design patent has been willful.  The plaintiffs therefore seek treble damages under 35 U.S.C. § 284, and an order permanently enjoining the defendants from further infringement, plus costs and attorneys' fees.

Jonathan Howell contributed to this article.