In news that will be of interest to every federal contractor, including large and small businesses, universities, banks, and the health care industry, Executive Order 14042 (along with the related Task Force Guidance and contract clauses) has been ENJOINED in the states of Kentucky, Ohio, and Tennessee. U.S. District Court Judge Gregory F. Van Tatenhove of the Eastern District of Kentucky issued an order on November 30, 2021 granting Plaintiffs’ (a group including the states of Tennessee, Kentucky, and Ohio) motion for a preliminary injunction.

The decision most certainly will be appealed. In the meantime, contractors with employees performing in Kentucky, Ohio, or Tennessee are not required to comply with the Executive Order or FAR/DFARS clauses. Obviously, this creates a conundrum for federal contractors and subcontractors looking for a uniform way to implement the EO rules.

Plaintiffs Kentucky, Ohio, and Tennessee filed suit in the U.S. District Court for the Eastern District of Kentucky on November 4, 2021, and four days later filed for a Temporary Restraining Order and Preliminary Injunction (“TRO/PI”). The TRO/PI motion asked the Court to enjoin the Government’s enforcement of EO 14042. Plaintiffs challenged the EO on 10 separate grounds, including that it violated the Federal Property and Administrative Services Act (“FPASA”), the Competition in Contracting Act (“CICA”), the Administrative Procedures Act (“APA”), and the U.S. Constitution. The Court held a conference among the parties on November 9 and a hearing on November 18.

Regardless of whether one likes the outcome or not, Judge Van Tatenhove’s decision is thoughtfully reasoned and well written. It is methodical and well cited. In sum, Judge Van Tatenhove enjoined the EO not because of the process by which the Administration implemented the mandate (i.e. not due to the lack of a meaningful notice-and-comment period or the unprecedented dynamic nature of the FAR clause), but rather because he found the Administration never had the authority to implement a vaccine mandate in the first place. In other words, the Court issued the injunction because the President of the United States purportedly lacks the statutory or constitutional authority to regulate public health via a contract clause issued pursuant to a procurement statute.

The decision, however, readily concedes that the Court’s view is the beginning, not the end, of the story. “Once again,” the Judge explained, “the Court is asked to wrestle with important constitutional values implicated in the midst of a pandemic that lingers. These questions will not be finally resolved in the shadows. Instead, the consideration will continue with the benefit of full briefing and appellate review. But right now, the enforcement of the contract provisions in this case must be paused.”

The Practical Impact (and Scope) of Kentucky v. Biden

Subsequent to the Court’s decision, GSA took prompt steps to notify its contractors of the late breaking news. Here is GSA’s take on the scope of the injunction:

Update: On November 30, 2021, in response to a lawsuit filed in the United States District Court, Eastern District of Kentucky, a preliminary injunction was issued halting the Federal Government from enforcing the vaccine mandate for Federal contractors and subcontractors in all covered contracts in Kentucky, Ohio, and Tennessee.

GSA implemented the vaccine mandate stemming from Executive Order 14042 through Class Deviation CD-2021-13. Pursuant to the preliminary injunction, GSA will not take any action to enforce FAR clause 52.223-99 Ensuring Adequate COVID-19 Safety Protocols for Federal Contractors in all covered contracts or contract-like instruments being performed, in whole or in part, in Kentucky, Ohio and Tennessee.

While GSA’s formulation is a bit more useful than the Court’s in that it focuses on contracts “being performed . . . in” the three states, it still does not answer the key question regarding scope.

We think the most common sense interpretation of the scope of the injunction is that it applies to covered employees performing work in Kentucky, Tennessee, and Ohio. That being said, GSA’s interpretation seems to indicate the analysis should be performed at the contract level, rather than the employee level (i.e., if you have even one employee performing on a contract in one of those three states, then the entire contract is exempt from enforcement).

We hope to receive updated Guidance from the Task Force providing a definitive answer to this question in the near future. Until then, Federal contractors and subcontractors are stuck between the proverbial rock and a hard place – having to decide whether to continue marching ahead pursuant to the EO or navigate different rules in different states.

In reaching their own interpretive decision, contractors should keep in mind that the Court order does not prohibit compliance with the EO, it simply enjoins the Government from enforcing the EO. Before a contractor decides to continue rolling out its existing compliance approach as planned, however, it would be well advised to consider this: Now that the EO has been enjoined in Kentucky, Ohio, and Tennessee, one can make a credible (and likely correct) argument the EO requirements are no longer mandatory in those states (both vaccination and making/distancing). This transition from a mandatory to a voluntary rule creates at least two new hurdles for contractors.

Accordingly, while marching ahead with an existing EO 14042 company-wide compliance plan may make great sense from an efficiency and consistency standpoint, it could create unintended risks in at least three states (and certainly in Tennessee).

What Should Contractors Do Now?

The EO 14042 COVID safety contracting landscape (like COVID itself) is changing every day. We are hopeful the Task Force will issue new Guidance soon to help contractors navigate the new hurdles created by the Kentucky decision. Until then, here are a few thoughts for consideration:

Additionally, stay on the lookout for additional updates (including from us) on the other pending litigation challenging the EO.

Speaking of the “other pending litigation,” the docket still is full of challenges to the EO. By our count, there are motions for preliminary injunction pending in cases with 24 additional states as plaintiffs: 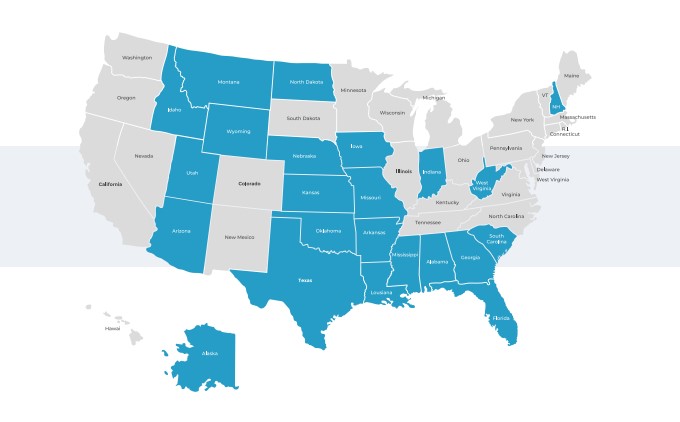 The judges in these cases are not bound by the Kentucky decision – either on the merits or the scope of any resulting injunction. Meaning, should a judge in one of the remaining cases also strike the EO as contrary to law or the Constitution, that judge could choose to issue a nationwide injunction covering all contractors in all states (or, as the Kentucky judge chose, limit the application to the specific state(s) involved). Only time will tell. As of the publication of this Alert, three of those cases have hearings scheduled for December 3, 6, and 7. We expect decisions shortly thereafter.

Importantly, as the Kentucky decision explicitly recognizes, it’s unlikely any of these district courts will be the final arbiter of the legality of EO 14042. We think it’s only a matter of time until we get the rarely seen, yet always celebrated, Supreme Court government contracts decision. Stay tuned.

For Those Wanting A Bit More Detail . . .

For those interested in the details of the Kentucky decision, here is a brief summary:

After analyzing and concluding that the plaintiffs had standing to pursue this matter on behalf of their agencies and businesses operating in their states (a contrary outcome to the U.S. District Court’s recent decision in Mississippi), Judge Van Tatenhove jumped right in to analyzing the myriad arguments raised by Plaintiff. Briefly, here is what he found:

In short, Judge Van Tatenhove clearly believes the Plaintiffs, in this case, are likely to prevail on multiple statutory and constitutional bases.

The decision then goes on to discuss whether the President (through his delegated officials) failed to follow applicable administrative procedures in issuing the EO and the subsequent FAR clause. Here, the President fared better than he did with Plaintiffs’ constitutional arguments. The Court concluded that the Administration, while perhaps “inartful and a bit clumsy” at times, “likely followed the procedures required by statute.” The Court also concluded that the Administration did not act arbitrarily or capriciously (as defined by the APA). “The Court finds, based on the limited record at this stage in the litigation, that Defendants have followed the appropriate procedural requirements in promulgating the vaccine mandate.” But this all is little solace to the Administration as it would have been much easier to overcome a procedural error than a constitutional one — let alone the “serious Constitutional concerns” identified by Judge Van Tatenhove.

What’s Next for European Sports Governance and How Will It Address Its Current...
By
Squire Patton Boggs (US) LLP
Why Lawyers Should Never Pay for Awards or Honors and Never List Those on Their Web...
By
Stefanie Marrone Consulting
The Thrill of Fishing Coordinates and the Agony of Marginal Costs [PODCAST]
By
Greenberg Traurig, LLP
New Notifiable Events may Trump Criminal Sanctions as the Biggest Potential...
By
Squire Patton Boggs (US) LLP
Advertisement
Advertisement
Advertisement

Sheppard Mullin provides a full range of legal services to clients that do business with governmental entities.  We advise clients on complying with complex government regulations and defending them in the event of litigation.  We specialize in handling government contract disputes, bid protests, claims and defending individuals and corporations in a wide range of administrative, civil and criminal proceedings, including fraud investigations and whistle blower lawsuits.  Sheppard Mullin also has the ability to serve clients in such areas as legislative advocacy, public relations and other...