Following a wet spring, at least six western states are now fighting wildfires, which have been intensified by extremely high temperatures, wind gusts and lightening.

In northern California, about 4,000 people evacuated and more than 7,000 were told to prepare to leave as fires burned in the Sierra Nevada foothills, about 60 miles north of Sacramento, according to the California Department of Forestry and Fire Protection.

More than 14 fires are burning in Nevada and a state of emergency was declared in Arizona. While a 15-square-mile fire is partially under control in Montana, hot, dry weather and thunderstorms are threatening.

Other states including Oregon, Washington, Idaho and New Mexico are either battling fires or monitoring conditions in order to prevent them. 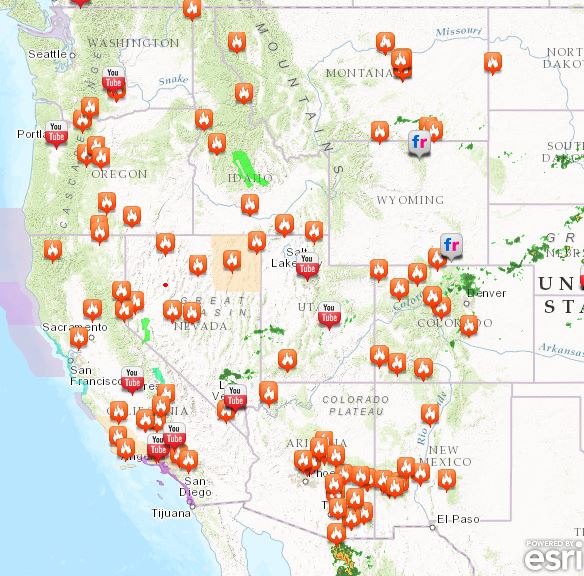 Western Canada is also seeing its share of wildfires. Evacuations are in effect for up to 10,000 residents in British Columbia, as 17 fires burn.

“Unfortunately, in terms of the weather forecast, we’re not really seeing any reprieve in the immediate future,” he said. Skrepnek noted that 572 fires have started and that 98,842 acres have burned since April 1. About 1,000 firefighters are currently on the front lines. 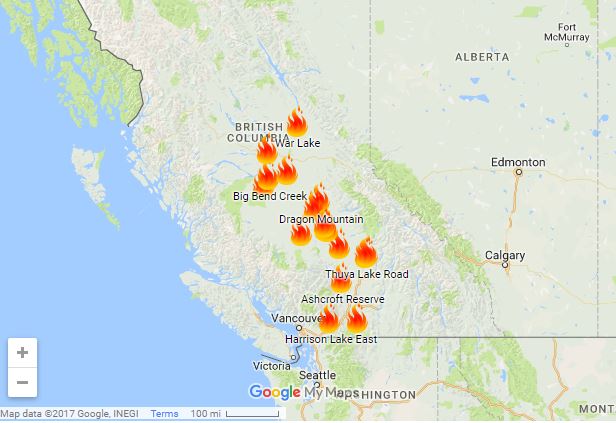 Residents of Fort McMurray, Canada, who saw major losses after a fire last year burned for months, are still rebuilding. Risk Management Magazine reported in September that the fire became the largest and most expensive natural disaster in Canada’s history, surpassing floods in Alberta in 2013. The Fort McMurray wildfire charred more than 1.43 million acres of land and destroyed at least 10% of the city, including more than 2,400 homes, businesses and other structures.

Commercial and personal damages from the wildfire are estimated at $6 billion, according to the Insurance Bureau of Canada. Thomas Johansmeyer, assistant vice president of property claim services strategy and development at Verisk Insurance Solutions, said the preliminary estimate for insured losses has come in at $3.5 billion (CAN $4.6 billion). Oil sands losses are included in the commercial component of the estimate.

To help people who are currently displaced in British Columbia, residents of Fort McMurray are rallying to collect and deliver much needed supplies. They are filling trailers with item requested, including water, bandages, eye drops, energy drinks, department store and gas station gift cards, sunscreen and toilet paper, and delivering them to British Columbia residents in need.