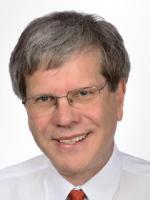 James M. Stone is a principal of the Cleveland, Ohio, office of Jackson Lewis P.C. From the opening of the office in 2006 until early 2020, Jim served as office managing principal in Cleveland, when he stepped down to focus on his busy practice and increased task force activities within practice groups and industry teams.

With more than 25 years of experience in labor and employment law, he has conducted more than 120 negotiations with unions, represented companies in hundreds of employment discrimination, wrongful discharge, and other claims in court and before administrative agencies such as the EEOC, NLRB, and Department of Labor, as well as handling many cases involving non-competition agreements.

Jim has defended companies against a broad range of challenges including wrongful discharge claims, wage and hour actions, large multi-plaintiff discrimination claims, as well as counseling large, middle market, and smaller clients in a wide variety of employment and labor law matters. Several matters handled by Jim and his colleagues have been reported in the national media, including major cases involving the use of neutrality agreements in the automotive industry in Michigan.

He has also litigated a large number of employment cases through jury trial or dismissal, including those involving restructuring and reductions in force and restructuring of benefits. He has counseled clients and written on topics as diverse as the ADA, ADEA, WARN Act, the FMLA, sexual harassment, and other forms of discrimination, non-competition agreements, wrongful discharge, and hiring practices. Jim also has extensive familiarity with international employment law issues, especially those of Canada and Mexico.

Jim is particularly knowledgeable about the manufacturing, construction, automotive, gaming, hospitality and steel industries. He often consults with clients regarding the legal aspects of employment terminations and restructuring. Jim believes that clients should take a pragmatic approach to their employment relations, combining the best practices from human resource, labor relations, and legal strategies, while aggressively defending themselves against unwarranted attacks on their management rights. Jim has also provided representation and advice in many successful union free campaigns, labor negotiations, arbitrations, and unfair labor practice charges and actions involving neutrality agreements.

Prior to joining Jackson Lewis, Jim was chairman of the Labor and Employment Law group at a prominent regional law firm with more than 130 lawyers. Jim has been extensively quoted in the local and national media on employment and labor matters, including several interviews in HR Magazine, HR Executive, Ideas and Trends, Cleveland Plain Dealer, Cleveland Bar Journal, Crain’s Cleveland Business, and WCPN Public Radio. He is a past contributing editor to The Developing Labor Law.

Class Action Fairness Act Does Not Override the Federal Arbitration Act, According...
By
Robinson & Cole LLP
Navigating the Data Privacy Landscape for Autonomous and Connected Vehicles:...
By
Varnum LLP
The Shadow Path [PODCAST]
By
Bracewell LLP
Must An Officer's Certificate Always State That The Board Approval?
By
Allen Matkins Leck Gamble Mallory & Natsis LLP
Advertisement