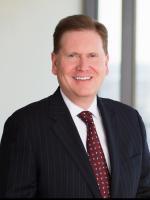 Mark J. Foley represents management in employment and labor matters and is often called upon by clients to act as lead trial and appellate counsel in state and federal courts.

When he isn’t in the office, Mark contributes his time to multiple community organizations in the Philadelphia area, including the National Constitution Center and the Philadelphia Orchestra Association.