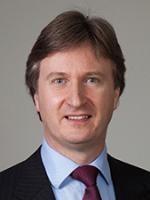 Matthew Duncan advises a wide range of institutions and other entities that operate, invest in or deal with businesses that provide financial services and products to the consumer, financial, commercial and public sectors in the United Kingdom and other jurisdictions (including banks, lenders, credit funds, insurers, reinsurers, pension funds, alternative investment funds, investment managers, finance arrangers and fintechs).

Matthew has played a significant role in many landmark, innovative “first of kind” transactions that have been widely followed by many issuers, including the first UK single-issuer, segregated, multi-issuance, residential mortgage-backed securities program. He has been involved with UK covered bonds since the first transaction in 2003 (prior to there being a legislative framework for such transactions in place). He has also played a leading role in advising fintech businesses and working on innovative fintech structured financings, especially involving the tokenization of assets and the use of smart contracts (typically using distributed ledger technologies, such as blockchain) and artificial intelligence (AI), and he often speaks at conferences in this field.

Matthew has achieved many notable professional accomplishments throughout his career. He is a “Ranked Individual” (Band 4) in Capital Markets: Securitisation for London by Chambers & Partners U.K. and is listed as a “Leading Individual” in Structured Products and Securitisation for London by Legal 500 U.K. He is the author of the legal textbook for solicitors titled Guarantors: A Practical Handbook for Giving Independent Legal Advice (1997; 1999 Supplement; 2003 Second Edition) and also won a Fulbright Fellowship in U.S. Securities and Investments Law in 1993. Furthermore, Matthew was nominated by the Bank of England as a member of the AFME Working Group for Standardisation of Securitisation Documentation in response to the financial crisis.

Matthew received a Bachelor of Laws (LLB) Honors degree from the University of Edinburgh, where he completed his Legal Practice Course. He is admitted to practice in England and Wales.

Articles in the National Law Review database by Matthew Duncan